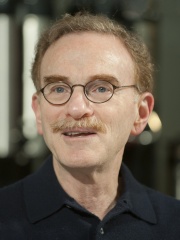 Randy Wayne Schekman (born December 30, 1948) is an American cell biologist at the University of California, Berkeley, former editor-in-chief of Proceedings of the National Academy of Sciences and former editor of Annual Review of Cell and Developmental Biology. In 2011, he was announced as the editor of eLife, a new high-profile open-access journal published by the Howard Hughes Medical Institute, the Max Planck Society and the Wellcome Trust launching in 2012. He was elected to the National Academy of Sciences in 1992. Schekman shared the 2013 Nobel Prize for Physiology or Medicine with James Rothman and Thomas C. Read more on Wikipedia