This page contains a list of the greatest American Physicians. The pantheon dataset contains 509 Physicians, 72 of which were born in United States. This makes United States the birth place of the 2nd most number of Physicians. 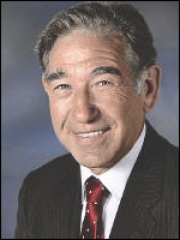 With an HPI of 75.01, Stanley Cohen is the most famous American Physician.  His biography has been translated into 51 different languages on wikipedia.

Stanley N. Cohen (November 17, 1922 – February 5, 2020) was an American biochemist who, along with Rita Levi-Montalcini, was awarded the Nobel Prize in Physiology or Medicine in 1986 for the isolation of nerve growth factor and the discovery of epidermal growth factor. He died in February 2020 at the age of 97. 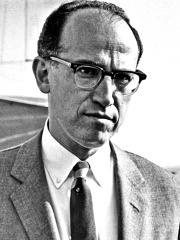 With an HPI of 72.81, Jonas Salk is the 2nd most famous American Physician.  His biography has been translated into 71 different languages.

Jonas Edward Salk (; born Jonas Salk; October 28, 1914 – June 23, 1995) was an American virologist and medical researcher who developed one of the first successful polio vaccines. He was born in New York City and attended the City College of New York and New York University School of Medicine.In 1947, Salk accepted a professorship in the School of Medicine at the University of Pittsburgh. It was there that he undertook a project to determine the number of different types of poliovirus, starting in 1948. For the next seven years Salk devoted himself towards developing a vaccine against polio. Salk was immediately hailed as a "miracle worker" when the vaccine's success was first made public in April 1955, and chose to not patent the vaccine or seek any profit from it in order to maximize its global distribution. An immediate rush to vaccinate began in both the United States and around the world. Many countries began polio immunization campaigns using Salk's vaccine, including Canada, Sweden, Denmark, Norway, West Germany, the Netherlands, Switzerland, and Belgium. By 1959, the Salk vaccine had reached about 90 countries. An attenuated live oral polio vaccine was developed by Albert Sabin, coming into commercial use in 1961. Less than 25 years after the release of Salk's vaccine, domestic transmission of polio had been completely eliminated in the United States. In 1963, Salk founded the Salk Institute for Biological Studies in La Jolla, California, which is today a center for medical and scientific research. He continued to conduct research and publish books in his later years, focusing in his last years on the search for a vaccine against HIV. Salk also campaigned vigorously for mandatory vaccination throughout the rest of his life, calling the universal vaccination of children against disease a "moral commitment". Salk's personal papers are today stored in Geisel Library at the University of California, San Diego. 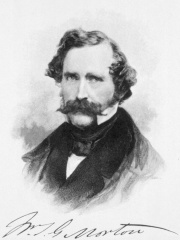 With an HPI of 72.60, William T. G. Morton is the 3rd most famous American Physician.  His biography has been translated into 35 different languages.

William Thomas Green Morton (August 9, 1819 – July 15, 1868) was an American dentist and physician who first publicly demonstrated the use of inhaled ether as a surgical anesthetic in 1846. The promotion of his questionable claim to have been the discoverer of anesthesia became an obsession for the rest of his life. 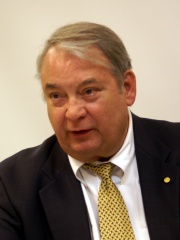 With an HPI of 71.46, Ferid Murad is the 4th most famous American Physician.  His biography has been translated into 49 different languages.

Ferid Murad (born September 14, 1936) is an Albanian-American physician and pharmacologist, and a co-winner of the 1998 Nobel Prize in Physiology or Medicine. He is married to Carol A. Murad with whom he has five children and nine grandchildren. 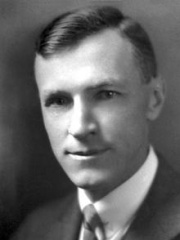 With an HPI of 71.33, William P. Murphy is the 5th most famous American Physician.  His biography has been translated into 48 different languages.

William Parry Murphy (Stoughton, Wisconsin, February 6, 1892 – October 9, 1987) was an American physician who shared the Nobel Prize in Physiology or Medicine in 1934 with George Richards Minot and George Hoyt Whipple for their combined work in devising and treating macrocytic anemia (specifically, pernicious anemia).Murphy was born on February 6, 1892, at Stoughton, Wisconsin and moved to Condon, Oregon as a youth. He was educated at the public schools of Wisconsin and Oregon. He completed his A.B. degree in 1914 from the University of Oregon. He completed his M.D. in 1922 from Harvard Medical School.In 1924, Murphy bled dogs to make them anemic (work inspired by war injury work), and then fed them various substances to gauge their improvement. He discovered that ingesting large amounts of liver seemed to restore anemia more quickly of all foods. Minot and Whipple then set about to chemically isolate the curative substance. These investigations showed that iron in the liver was responsible for curing anemia from bleeding, but meanwhile liver had been tried on people with pernicious anemia and some effect as seen there, also. The active ingredient in this case, found serendipitously, was not iron, but rather a water-soluble extract containing a new substance. From this extract, chemists were ultimately were able to isolate vitamin B12 from the liver. Even before the vitamin had been completely characterized, the knowledge that raw liver and its extracts treated pernicious anemia (previously a terminal disease) was a major advance in medicine. In 1930, Murphy was awarded the Cameron Prize for Therapeutics of the University of Edinburgh with George Minot. Murphy married Pearl Harriett Adams (died 1980) on September 10, 1919. They had a son, William P. Murphy Jr., and a daughter, Priscilla Adams.In 1951, Murphy was one of seven Nobel Laureates who attended the 1st Lindau Nobel Laureate Meeting. 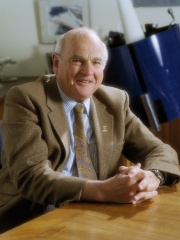 With an HPI of 71.29, Baruch Samuel Blumberg is the 6th most famous American Physician.  His biography has been translated into 50 different languages.

Baruch Samuel Blumberg (July 28, 1925 – April 5, 2011) — known as Barry Blumberg — was an American physician, geneticist, and co-recipient of the 1976 Nobel Prize in Physiology or Medicine (with Daniel Carleton Gajdusek), for his work on the hepatitis B virus while an investigator at the NIH. He was president of the American Philosophical Society from 2005 until his death. Blumberg and Gajdusek received the Nobel Prize for discovering "new mechanisms for the origin and dissemination of infectious diseases." Blumberg identified the hepatitis B virus, and later developed its diagnostic test and vaccine. 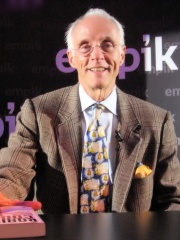 With an HPI of 70.97, Robin Cook is the 7th most famous American Physician.  His biography has been translated into 28 different languages.

Robert Brian "Robin" Cook (born May 4, 1940) is an American physician and novelist who writes about medicine and topics affecting public health. He is best known for combining medical writing with the thriller genre. Many of his books have been bestsellers on The New York Times Best Seller List. Several of his books have also been featured in Reader's Digest. His books have sold nearly 400 million copies worldwide. 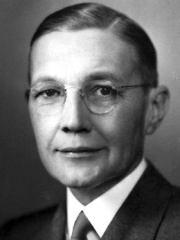 With an HPI of 70.93, Herbert Spencer Gasser is the 8th most famous American Physician.  His biography has been translated into 45 different languages.

Herbert Spencer Gasser (July 5, 1888 – May 11, 1963) was an American physiologist, and recipient of the Nobel Prize for Physiology or Medicine in 1944 for his work with action potentials in nerve fibers while on the faculty of Washington University in St. Louis, awarded jointly with Joseph Erlanger. 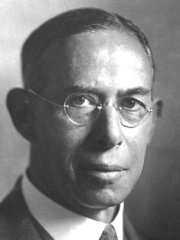 With an HPI of 69.96, Joseph Erlanger is the 9th most famous American Physician.  His biography has been translated into 45 different languages.

Joseph Erlanger (January 5, 1874 – December 5, 1965) was an American physiologist who is best known for his contributions to the field of neuroscience. Together with Herbert Spencer Gasser, he identified several varieties of nerve fiber and established the relationship between action potential velocity and fiber diameter. They were awarded the Nobel Prize in Physiology or Medicine in 1944 for these achievements. 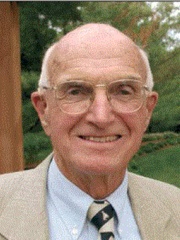 With an HPI of 69.77, Joseph Murray is the 10th most famous American Physician.  His biography has been translated into 47 different languages.

Joseph Edward Murray (April 1, 1919 – November 26, 2012) was an American plastic surgeon who performed the first successful human kidney transplant on identical twins Richard and Ronald Herrick on December 23, 1954.Murray shared the Nobel Prize in Physiology or Medicine in 1990 with E. Donnall Thomas for their discoveries concerning "organ and cell transplantation in the treatment of human disease."

Which Physicians were alive at the same time? This visualization shows the lifespans of the 25 most globally memorable Physicians since 1700.