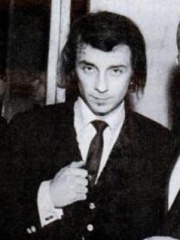 Harvey Phillip Spector (born Harvey Philip Spector; December 26, 1939 – January 16, 2021) was an American record producer and songwriter, best known for his innovative recording practices and entrepreneurship in the 1960s, followed decades later by his two trials and conviction for murder in the 2000s. Spector developed the Wall of Sound, a production style that is characterized for its diffusion of tone colors and dense orchestral sound, which he described as a "Wagnerian" approach to rock and roll. He is widely regarded as one of the most influential figures in pop music history and one of the most successful producers of the 1960s.Born in the Bronx, Spector moved to Los Angeles as a teenager and began his career in 1958 as a founding member of the Teddy Bears, for whom he penned "To Know Him Is to Love Him", a U.S. number-one hit. In 1960, after working as an apprentice to Leiber and Stoller, Spector co-founded Philles Records, and at the age of 21 became the youngest ever U.S. Read more on Wikipedia

Phil Spector is most famous for being a music producer and songwriter. He is best known for his Wall of Sound technique.