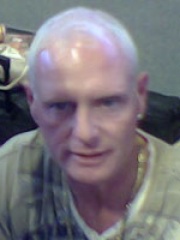 Paul John Gascoigne (, born 27 May 1967), nicknamed Gazza, is an English former professional footballer who played as an attacking midfielder. He is described by the National Football Museum as "widely recognised as the most naturally talented English footballer of his generation".Born and raised in Gateshead, Gascoigne signed schoolboy terms with Newcastle United, before turning professional with the club in 1985. Three years later, he was sold to Tottenham Hotspur for £2.2 million. Read more on Wikipedia

Daily Mail
Paul Gascoigne applauds his ex-wife for keeping their DOI son Regan on the straight and narrow
Paul Gascoigne's son Regan is set to perform on Dancing On Ice for the first time this weekend.
Ellen Coughlan
Mirror Online
Paul Gascoigne in tears as cops drop £140k raid probe and thieves dodge justice
Paul Gascoigne was devastated to learn the thieves – who escaped with items worth £140,000 – have dodged justice. Their September 2020 haul included a £40,000 diamond-encrusted watch
[email protected] (Dan Warburton)
Daily Mail
Paul Gascoigne gets emotional as son Regan makes Dancing On Ice debut with stunning display
Before his performance, Regan, 25, was seen discussing his appearance on the show with his dad, footballer Gazza, 54.
Jonathan Rose