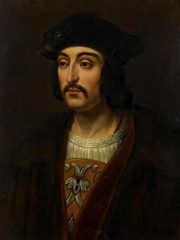 La hire is most famous for the story of the shepherd who finds a baby in a basket and takes it home to his wife. The wife takes the baby in as their own and they raise it as their daughter. The baby grows up to be a beautiful woman and the king falls in love with her. He asks for her hand in marriage, but she refuses because she is not of noble birth. The king decides to send her to a convent to see if she changes her mind. She does not, so the king sends her back home to live with her adoptive parents.

Among people born in 1390, La Hire ranks 2. Before him is Rogier van der Weyden. After him are John Dunstaple, João Gonçalves Zarco, Elizabeth of Görlitz, Engelbrekt Engelbrektsson, Humphrey, Duke of Gloucester, Álvaro de Luna, 1st Duke of Trujillo, Al-Musta'in, Bengt Jönsson, Petr Chelčický, and Cristoforo Moro. Among people deceased in 1443, La Hire ranks 3. Before him are Erasmo of Narni and Zeami Motokiyo. After him are Tvrtko II of Bosnia, Ferdinand the Holy Prince, Ashikaga Yoshikatsu, and Niccolò Albergati.