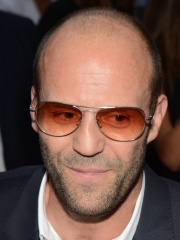 Jason Statham (; born 26 July 1967) is an English actor. Typecast as the antihero, he is known for his action-thriller roles and portraying tough, irredeemable, and machiavellian characters. Born in Shirebrook, Derbyshire, he began practising kung fu, kickboxing, and karate recreationally in his youth while working at local market stalls. Read more on Wikipedia

Jason Statham is an English actor, producer, and former diver. He is best known for his roles in the Guy Ritchie crime films Lock, Stock and Two Smoking Barrels (1998), Snatch (2000), and Revolver (2005).

DIYphotography
Turn your male model from Forrest Gump to Jason Statham with these ten posing tips
There are plenty of tips out there for posing women who aren’t models. However, tips for posing male non-models are still not that common, so we always love when we find some useful ones. Well, this video from Adorama has quite a few of them. Pye Jirsa teams …
Dunja Djudjic
LADbible
Jason Statham Was An Elite Level Diver Before His Movie Career
Jason Statham - star of The Transporter and Crank - competed for England at the 1990 Commonwealth Games
Tom Wood