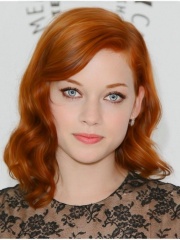 Jane Colburn Levy (born December 29, 1989) is an American actress. She rose to prominence portraying the lead role on the television series Suburgatory before earning further recognition for her roles in Evil Dead and Don't Breathe, both directed by Fede Álvarez. Born in Los Angeles, Levy was raised in northern California, and attended Goucher College for one year before dropping out and enrolling at the Stella Adler Studio of Acting to pursue a career in acting. Read more on Wikipedia

Since 2007, the English Wikipedia page of Jane Levy has received more than 4,669,567 page views. Her biography is available in 23 different languages on Wikipedia making her the 6,913th most popular actor.