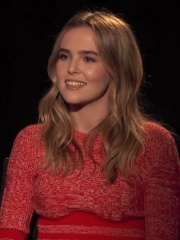 Zoey Francis Thompson Deutch (; born November 10, 1994) is an American actress and producer. The daughter of director Howard Deutch and actress-director Lea Thompson, she began her career with roles on the Disney Channel comedy series The Suite Life on Deck (2010–2011) and The CW crime drama series Ringer (2011–2012). Following her credited film debut in the gothic romance film Beautiful Creatures (2013), she starred in the fantasy horror film Vampire Academy (2014), for which she received a Teen Choice Award nomination. Read more on Wikipedia

Since 2007, the English Wikipedia page of Zoey Deutch has received more than 10,452,519 page views. Her biography is available in 29 different languages on Wikipedia making her the 7,196th most popular actor.