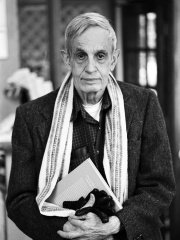 With an HPI of 78.62, John Forbes Nash Jr. is the most famous American Mathematician.  His biography has been translated into 88 different languages on wikipedia.

John Forbes Nash Jr. (June 13, 1928 – May 23, 2015) was an American mathematician who made fundamental contributions to game theory, real algebraic geometry, differential geometry, and partial differential equations. Nash and fellow game theorists John Harsanyi and Reinhard Selten were awarded the 1994 Sveriges Riksbank Prize in Economic Sciences in Memory of Alfred Nobel (popularly known as the Nobel Prize in Economics). In 2015, he and Louis Nirenberg were awarded the Abel Prize for their contributions to the field of partial differential equations. As a graduate student in the Mathematics Department at Princeton University, Nash introduced a number of concepts (including Nash equilibrium and the Nash bargaining solution) which are now considered central to game theory and its applications in various sciences. In the 1950s, Nash discovered and proved the Nash embedding theorems by solving a system of nonlinear partial differential equations arising in Riemannian geometry. This work, also introducing a preliminary form of the Nash–Moser theorem, was later recognized by the American Mathematical Society with the Leroy P. Steele Prize for Seminal Contribution to Research. Ennio De Giorgi and Nash found, with separate methods, a body of results paving the way for a systematic understanding of elliptic and parabolic partial differential equations. Their De Giorgi–Nash theorem on the smoothness of solutions of such equations resolved Hilbert's nineteenth problem on regularity in the calculus of variations, which had been a well-known open problem for almost sixty years. In 1959, Nash began showing clear signs of mental illness, and spent several years at psychiatric hospitals being treated for schizophrenia. After 1970, his condition slowly improved, allowing him to return to academic work by the mid-1980s. His struggles with his illness and his recovery became the basis for Sylvia Nasar's biographical book A Beautiful Mind in 1998, as well as a film of the same name directed by Ron Howard, in which Nash was portrayed by New Zealand Australian actor Russell Crowe. 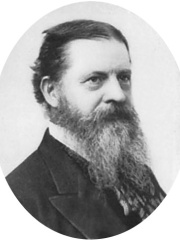 With an HPI of 70.93, Charles Sanders Peirce is the 2nd most famous American Mathematician.  His biography has been translated into 61 different languages.

Charles Sanders Peirce ( PURSS; September 10, 1839 – April 19, 1914) was an American philosopher, logician, mathematician and scientist who is sometimes known as "the father of pragmatism".Educated as a chemist and employed as a scientist for thirty years, Peirce made major contributions to logic, a subject that, for him, encompassed much of what is now called epistemology and the philosophy of science. He saw logic as the formal branch of semiotics, of which he is a founder, which foreshadowed the debate among logical positivists and proponents of philosophy of language that dominated 20th-century Western philosophy. Additionally, he defined the concept of abductive reasoning, as well as rigorously formulated mathematical induction and deductive reasoning. As early as 1886, he saw that logical operations could be carried out by electrical switching circuits. The same idea was used decades later to produce digital computers.In 1934, the philosopher Paul Weiss called Peirce "the most original and versatile of American philosophers and America's greatest logician". 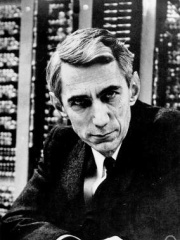 With an HPI of 69.89, Claude Shannon is the 3rd most famous American Mathematician.  His biography has been translated into 64 different languages.

Claude Elwood Shannon (April 30, 1916 – February 24, 2001) was an American mathematician, electrical engineer, and cryptographer known as a "father of information theory".As a 21-year-old master's degree student at the Massachusetts Institute of Technology (MIT), he wrote his thesis demonstrating that electrical applications of Boolean algebra could construct any logical numerical relationship. Shannon contributed to the field of cryptanalysis for national defense of the United States during World War II, including his fundamental work on codebreaking and secure telecommunications. 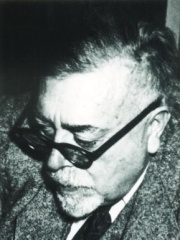 With an HPI of 69.52, Norbert Wiener is the 4th most famous American Mathematician.  His biography has been translated into 60 different languages.

Norbert Wiener (November 26, 1894 – March 18, 1964) was an American mathematician and philosopher. He was a professor of mathematics at the Massachusetts Institute of Technology (MIT). A child prodigy, Wiener later became an early researcher in stochastic and mathematical noise processes, contributing work relevant to electronic engineering, electronic communication, and control systems. Wiener is considered the originator of cybernetics, the science of communication as it relates to living things and machines, with implications for engineering, systems control, computer science, biology, neuroscience, philosophy, and the organization of society. Norbert Wiener is credited as being one of the first to theorize that all intelligent behavior was the result of feedback mechanisms, that could possibly be simulated by machines and was an important early step towards the development of modern artificial intelligence. 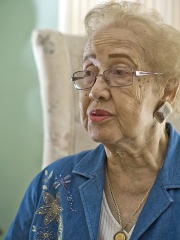 With an HPI of 67.59, Katherine Johnson is the 5th most famous American Mathematician.  Her biography has been translated into 49 different languages.

Katherine Johnson (née Coleman; August 26, 1918 – February 24, 2020) was an American mathematician whose calculations of orbital mechanics as a NASA employee were critical to the success of the first and subsequent U.S. crewed spaceflights. During her 33-year career at NASA and its predecessor, she earned a reputation for mastering complex manual calculations and helped pioneer the use of computers to perform the tasks. The space agency noted her "historical role as one of the first African-American women to work as a NASA scientist".Johnson's work included calculating trajectories, launch windows, and emergency return paths for Project Mercury spaceflights, including those for astronauts Alan Shepard, the first American in space, and John Glenn, the first American in orbit, and rendezvous paths for the Apollo Lunar Module and command module on flights to the Moon. Her calculations were also essential to the beginning of the Space Shuttle program, and she worked on plans for a mission to Mars. She was known as a "human computer" for her tremendous mathematical capability and ability to work with space trajectories with such little technology and recognition at the time. In 2015, President Barack Obama awarded Johnson the Presidential Medal of Freedom. In 2016, she was presented with the Silver Snoopy Award by NASA astronaut Leland D. Melvin and a NASA Group Achievement Award. She was portrayed by Taraji P. Henson as a lead character in the 2016 film Hidden Figures. In 2019, Johnson was awarded the Congressional Gold Medal by the United States Congress. In 2021, she was inducted into the National Women's Hall of Fame. 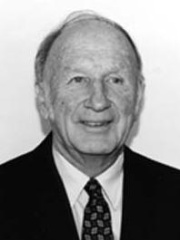 With an HPI of 63.04, Edward Norton Lorenz is the 6th most famous American Mathematician.  His biography has been translated into 38 different languages.

Edward Norton Lorenz (May 23, 1917 – April 16, 2008) was an American mathematician and meteorologist who established the theoretical basis of weather and climate predictability, as well as the basis for computer-aided atmospheric physics and meteorology. He is best known as the founder of modern chaos theory, a branch of mathematics focusing on the behavior of dynamical systems that are highly sensitive to initial conditions.His discovery of deterministic chaos "profoundly influenced a wide range of basic sciences and brought about one of the most dramatic changes in mankind's view of nature since Sir Isaac Newton," according to the committee that awarded him the 1991 Kyoto Prize for basic sciences in the field of earth and planetary sciences. 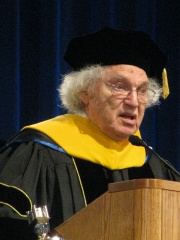 With an HPI of 62.43, Herbert A. Hauptman is the 7th most famous American Mathematician.  His biography has been translated into 49 different languages.

Herbert Aaron Hauptman (February 14, 1917 – October 23, 2011) was an American mathematician and Nobel laureate. He pioneered and developed a mathematical method that has changed the whole field of chemistry and opened a new era in research in determination of molecular structures of crystallized materials. Today, Hauptman's direct methods, which he continued to improve and refine, are routinely used to solve complicated structures. It was the application of this mathematical method to a wide variety of chemical structures that led the Royal Swedish Academy of Sciences to name Hauptman and Jerome Karle recipients of the 1985 Nobel Prize in Chemistry. 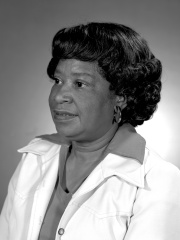 With an HPI of 60.82, Mary Jackson is the 8th most famous American Mathematician.  Her biography has been translated into 36 different languages.

Mary Jackson (née Winston; April 9, 1921 – February 11, 2005) was an American mathematician and aerospace engineer at the National Advisory Committee for Aeronautics (NACA), which in 1958 was succeeded by the National Aeronautics and Space Administration (NASA). She worked at Langley Research Center in Hampton, Virginia, for most of her career. She started as a computer at the segregated West Area Computing division in 1951. She took advanced engineering classes and, in 1958, became NASA's first black female engineer. After 34 years at NASA, Jackson had earned the most senior engineering title available. She realized she could not earn further promotions without becoming a supervisor. She accepted a demotion to become a manager of both the Federal Women's Program, in the NASA Office of Equal Opportunity Programs and of the Affirmative Action Program. In this role, she worked to influence the hiring and promotion of women in NASA's science, engineering, and mathematics careers. Jackson's story features in the 2016 non-fiction book Hidden Figures: The American Dream and the Untold Story of the Black Women Who Helped Win the Space Race. She is one of the three protagonists in Hidden Figures, the film adaptation released the same year. In 2019, Jackson was posthumously awarded the Congressional Gold Medal. In 2021, the Washington, D.C. headquarters of NASA was renamed the Mary W. Jackson NASA Headquarters. 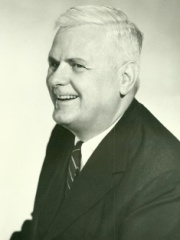 With an HPI of 59.06, Alonzo Church is the 9th most famous American Mathematician.  His biography has been translated into 48 different languages.

Alonzo Church (June 14, 1903 – August 11, 1995) was a renowned American mathematician, computer scientist, logician, philosopher, professor and editor who made major contributions to mathematical logic and the foundations of theoretical computer science. He is best known for the lambda calculus, the Church–Turing thesis, proving the unsolvability of the Entscheidungsproblem, the Frege–Church ontology, and the Church–Rosser theorem. He also worked on philosophy of language (see e.g. Church 1970). Alongside his student Alan Turing, Church is considered one of the founders of computer science. 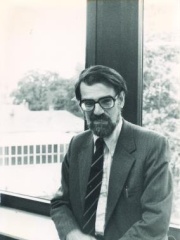 With an HPI of 58.35, Lloyd Shapley is the 10th most famous American Mathematician.  His biography has been translated into 50 different languages.

Lloyd Stowell Shapley (; June 2, 1923 – March 12, 2016) was an American mathematician and Nobel Prize-winning economist. He contributed to the fields of mathematical economics and especially game theory. Shapley is generally considered one of the most important contributors to the development of game theory since the work of von Neumann and Morgenstern. With Alvin E. Roth, Shapley won the 2012 Nobel Memorial Prize in Economic Sciences "for the theory of stable allocations and the practice of market design."