This page contains a list of the greatest Ukrainian Mathematicians. The pantheon dataset contains 823 Mathematicians, 28 of which were born in Ukraine. This makes Ukraine the birth place of the 8th most number of Mathematicians behind Italy and Poland.

With an HPI of 61.50, Stanislaw Ulam is the most famous Ukrainian Mathematician.  His biography has been translated into 48 different languages on wikipedia.

Stanisław Marcin Ulam ([sta'ɲiswaf 'mart͡ɕin 'ulam]; 13 April 1909 – 13 May 1984) was a Polish-American scientist in the fields of mathematics and nuclear physics. He participated in the Manhattan Project, originated the Teller–Ulam design of thermonuclear weapons, discovered the concept of the cellular automaton, invented the Monte Carlo method of computation, and suggested nuclear pulse propulsion. In pure and applied mathematics, he proved some theorems and proposed several conjectures. Born into a wealthy Polish Jewish family, Ulam studied mathematics at the Lwów Polytechnic Institute, where he earned his PhD in 1933 under the supervision of Kazimierz Kuratowski and Włodzimierz Stożek. In 1935, John von Neumann, whom Ulam had met in Warsaw, invited him to come to the Institute for Advanced Study in Princeton, New Jersey, for a few months. From 1936 to 1939, he spent summers in Poland and academic years at Harvard University in Cambridge, Massachusetts, where he worked to establish important results regarding ergodic theory. On 20 August 1939, he sailed for the United States for the last time with his 17-year-old brother Adam Ulam. He became an assistant professor at the University of Wisconsin–Madison in 1940, and a United States citizen in 1941. In October 1943, he received an invitation from Hans Bethe to join the Manhattan Project at the secret Los Alamos Laboratory in New Mexico. There, he worked on the hydrodynamic calculations to predict the behavior of the explosive lenses that were needed by an implosion-type weapon. He was assigned to Edward Teller's group, where he worked on Teller's "Super" bomb for Teller and Enrico Fermi. After the war he left to become an associate professor at the University of Southern California, but returned to Los Alamos in 1946 to work on thermonuclear weapons. With the aid of a cadre of female "computers", including his wife Françoise Aron Ulam, he found that Teller's "Super" design was unworkable. In January 1951, Ulam and Teller came up with the Teller–Ulam design, which became the basis for all thermonuclear weapons. Ulam considered the problem of nuclear propulsion of rockets, which was pursued by Project Rover, and proposed, as an alternative to Rover's nuclear thermal rocket, to harness small nuclear explosions for propulsion, which became Project Orion. With Fermi, John Pasta, and Mary Tsingou, Ulam studied the Fermi–Pasta–Ulam–Tsingou problem, which became the inspiration for the field of non-linear science. He is probably best known for realising that electronic computers made it practical to apply statistical methods to functions without known solutions, and as computers have developed, the Monte Carlo method has become a common and standard approach to many problems. 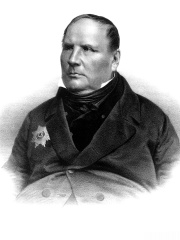 With an HPI of 60.44, Mikhail Ostrogradsky is the 2nd most famous Ukrainian Mathematician.  His biography has been translated into 36 different languages.

Mikhail Vasilyevich Ostrogradsky (transcribed also Ostrogradskiy, Ostrogradskiĭ) (Russian: Михаи́л Васи́льевич Острогра́дский, Ukrainian: Миха́йло Васи́льович Острогра́дський; 24 September 1801 – 1 January 1862) was a Ukrainian mathematician, mechanician and physicist of Ukrainian Cossack ancestry. Ostrogradsky was a student of Timofei Osipovsky and is considered to be a disciple of Leonhard Euler, who was known as one of the leading mathematicians of Imperial Russia. 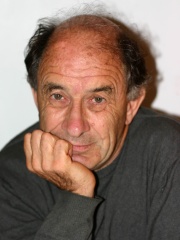 With an HPI of 59.62, Vladimir Arnold is the 3rd most famous Ukrainian Mathematician.  His biography has been translated into 50 different languages.

Vladimir Igorevich Arnold (alternative spelling Arnol'd, Russian: Влади́мир И́горевич Арно́льд, 12 June 1937 – 3 June 2010) was a Soviet and Russian mathematician. While he is best known for the Kolmogorov–Arnold–Moser theorem regarding the stability of integrable systems, he made important contributions in several areas including dynamical systems theory, algebra, catastrophe theory, topology, algebraic geometry, symplectic geometry, differential equations, classical mechanics, hydrodynamics and singularity theory, including posing the ADE classification problem, since his first main result—the solution of Hilbert's thirteenth problem in 1957 at the age of 19. He co-founded two new branches of mathematics—KAM theory, and topological Galois theory (this, with his student Askold Khovanskii). Arnold was also known as a popularizer of mathematics. Through his lectures, seminars, and as the author of several textbooks (such as the famous Mathematical Methods of Classical Mechanics) and popular mathematics books, he influenced many mathematicians and physicists. Many of his books were translated into English. His views on education were particularly opposed to those of Bourbaki. 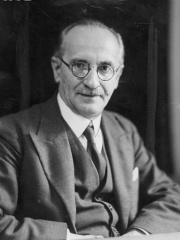 With an HPI of 59.31, Jan Łukasiewicz is the 4th most famous Ukrainian Mathematician.  His biography has been translated into 37 different languages.

Jan Łukasiewicz (Polish: [ˈjan wukaˈɕɛvit͡ʂ]; 21 December 1878 – 13 February 1956) was a Polish logician and philosopher who is best known for Polish notation and Łukasiewicz logic His work centred on philosophical logic, mathematical logic and history of logic. He thought innovatively about traditional propositional logic, the principle of non-contradiction and the law of excluded middle, offering one of the earliest systems of many-valued logic. Contemporary research on Aristotelian logic also builds on innovative works by Łukasiewicz, which applied methods from modern logic to the formalization of Aristotle's syllogistic.The Łukasiewicz approach was reinvigorated in the early 1970s in a series of papers by John Corcoran and Timothy Smiley that inform modern translations of Prior Analytics by Robin Smith in 1989 and Gisela Striker in 2009. Łukasiewicz is regarded as one of the most important historians of logic. 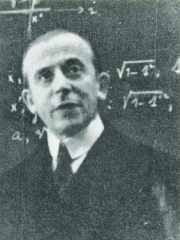 With an HPI of 59.31, Richard von Mises is the 5th most famous Ukrainian Mathematician.  His biography has been translated into 33 different languages.

Richard Edler von Mises (German: [fɔn ˈmiːzəs]; 19 April 1883 – 14 July 1953) was an Austrian scientist and mathematician who worked on solid mechanics, fluid mechanics, aerodynamics, aeronautics, statistics and probability theory. He held the position of Gordon McKay Professor of Aerodynamics and Applied Mathematics at Harvard University. He described his work in his own words shortly before his death as being on "... practical analysis, integral and differential equations, mechanics, hydrodynamics and aerodynamics, constructive geometry, probability calculus, statistics and philosophy."Although best known for his mathematical work, von Mises also contributed to the philosophy of science as a neo-positivist and empiricist, following the line of Ernst Mach. Historians of the Vienna Circle of logical empiricism recognize a "first phase" from 1907 through 1914 with Philipp Frank, Hans Hahn, and Otto Neurath. His older brother, Ludwig von Mises, held an opposite point of view with respect to positivism and epistemology. His brother developed praxeology, an a priori view.During his time in Istanbul, Mises maintained close contact with Philipp Frank, a logical positivist and Professor of Physics in Prague until 1938. His literary interests included the Austrian novelist Robert Musil and the poet Rainer Maria Rilke, on whom he became a recognized expert.

With an HPI of 58.26, Anatoly Fomenko is the 6th most famous Ukrainian Mathematician.  His biography has been translated into 38 different languages.

Anatoly Timofeevich Fomenko (Russian: Анато́лий Тимофе́евич Фоме́нко) (born 13 March 1945 in Stalino, USSR) is a Soviet and Russian conspiracy theorist, mathematician, professor at Moscow State University, well-known as a topologist, and a member of the Russian Academy of Sciences. He is the author of a fictitious pseudoscientific history known as New Chronology, based on works of Russian-Soviet writer Nikolai Alexandrovich Morozov. He is also a member of the Russian Academy of Natural Sciences (1991). 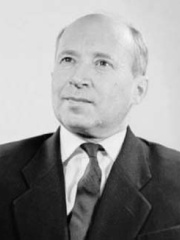 With an HPI of 57.35, Israel Gelfand is the 7th most famous Ukrainian Mathematician.  His biography has been translated into 37 different languages.

Israel Moiseevich Gelfand, also written Israïl Moyseyovich Gel'fand, or Izrail M. Gelfand (Yiddish: ישראל געלפֿאַנד, Russian: Изра́иль Моисе́евич Гельфа́нд, Ukrainian: Ізраїль Мойсейович Гельфанд; 2 September [O.S. 20 August] 1913 – 5 October 2009) was a prominent Soviet-American mathematician. He made significant contributions to many branches of mathematics, including group theory, representation theory and functional analysis. The recipient of many awards, including the Order of Lenin and the first Wolf Prize, he was a Foreign Fellow of the Royal Society and professor at Moscow State University and, after immigrating to the United States shortly before his 76th birthday, at Rutgers University. Gelfand is also a 1994 MacArthur Fellow. His legacy continues through his students, who include Endre Szemerédi, Alexandre Kirillov, Edward Frenkel, Joseph Bernstein, David Kazhdan, as well as his own son, Sergei Gelfand. 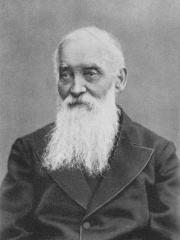 With an HPI of 56.96, Viktor Bunyakovsky is the 8th most famous Ukrainian Mathematician.  His biography has been translated into 21 different languages.

Viktor Yakovlevich Bunyakovsky (Russian: Ви́ктор Я́ковлевич Буняко́вский, Ukrainian: Ві́ктор Я́кович Буняко́вський; 16 December [O.S. 4 December] 1804, Bar, Podolia Governorate, Russian Empire – 12 December [O.S. 30 November] 1889, St. Petersburg, Russian Empire) was a Ukrainian mathematician, member and later vice president of the Petersburg Academy of Sciences. Bunyakovsky was a mathematician, noted for his work in theoretical mechanics and number theory (see: Bunyakovsky conjecture), and is credited with an early discovery of the Cauchy–Schwarz inequality, proving it for the infinite dimensional case as well as for definite integrals of real-valued functions in 1859, many years prior to Hermann Schwarz's works on the subject. 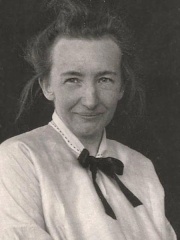 With an HPI of 56.44, Tatyana Afanasyeva is the 9th most famous Ukrainian Mathematician.  Her biography has been translated into 26 different languages. 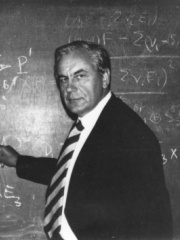 With an HPI of 53.33, Igor Shafarevich is the 10th most famous Ukrainian Mathematician.  His biography has been translated into 27 different languages.

Igor Rostislavovich Shafarevich (Russian: И́горь Ростисла́вович Шафаре́вич; 3 June 1923 – 19 February 2017) was a Soviet and Russian mathematician who contributed to algebraic number theory and algebraic geometry. Outside mathematics, he wrote books and articles that criticised socialism and other books which were (controversially) described as anti-semitic.

Which Mathematicians were alive at the same time? This visualization shows the lifespans of the 23 most globally memorable Mathematicians since 1700.