This page contains a list of the greatest Polish Mathematicians. The pantheon dataset contains 823 Mathematicians, 40 of which were born in Poland. This makes Poland the birth place of the 7th most number of Mathematicians behind Russia and Italy. 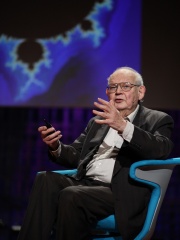 With an HPI of 67.78, Benoit Mandelbrot is the most famous Polish Mathematician.  His biography has been translated into 63 different languages on wikipedia.

Benoit B. Mandelbrot (20 November 1924 – 14 October 2010) was a Polish-born French-American mathematician and polymath with broad interests in the practical sciences, especially regarding what he labeled as "the art of roughness" of physical phenomena and "the uncontrolled element in life". He referred to himself as a "fractalist" and is recognized for his contribution to the field of fractal geometry, which included coining the word "fractal", as well as developing a theory of "roughness and self-similarity" in nature.In 1936, at the age of 11, Mandelbrot and his family emigrated from Warsaw, Poland, to France. After World War II ended, Mandelbrot studied mathematics, graduating from universities in Paris and in the United States and receiving a master's degree in aeronautics from the California Institute of Technology. He spent most of his career in both the United States and France, having dual French and American citizenship. In 1958, he began a 35-year career at IBM, where he became an IBM Fellow, and periodically took leaves of absence to teach at Harvard University. At Harvard, following the publication of his study of U.S. commodity markets in relation to cotton futures, he taught economics and applied sciences. Because of his access to IBM's computers, Mandelbrot was one of the first to use computer graphics to create and display fractal geometric images, leading to his discovery of the Mandelbrot set in 1980. He showed how visual complexity can be created from simple rules. He said that things typically considered to be "rough", a "mess", or "chaotic", such as clouds or shorelines, actually had a "degree of order". His math and geometry-centered research included contributions to such fields as statistical physics, meteorology, hydrology, geomorphology, anatomy, taxonomy, neurology, linguistics, information technology, computer graphics, economics, geology, medicine, physical cosmology, engineering, chaos theory, econophysics, metallurgy, and the social sciences.Toward the end of his career, he was Sterling Professor of Mathematical Sciences at Yale University, where he was the oldest professor in Yale's history to receive tenure. Mandelbrot also held positions at the Pacific Northwest National Laboratory, Université Lille Nord de France, Institute for Advanced Study and Centre National de la Recherche Scientifique. During his career, he received over 15 honorary doctorates and served on many science journals, along with winning numerous awards. His autobiography, The Fractalist: Memoir of a Scientific Maverick, was published posthumously in 2012. 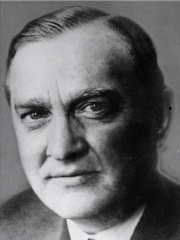 With an HPI of 65.88, Stefan Banach is the 2nd most famous Polish Mathematician.  His biography has been translated into 65 different languages.

Stefan Banach (Polish: [ˈstɛfan ˈbanax] (listen); 30 March 1892 – 31 August 1945) was a Polish mathematician who is generally considered one of the 20th century's most important and influential mathematicians. He was the founder of modern functional analysis, and an original member of the Lwów School of Mathematics. His major work was the 1932 book, Théorie des opérations linéaires (Theory of Linear Operations), the first monograph on the general theory of functional analysis.Born in Kraków to a family of Goral descent, Banach showed a keen interest in mathematics and engaged in solving mathematical problems during school recess. After completing his secondary education, he befriended Hugo Steinhaus, with whom he established the Polish Mathematical Society in 1919 and later published the scientific journal Studia Mathematica. In 1920, he received an assistantship at the Lwów Polytechnic, subsequently becoming a professor in 1922 and a member of the Polish Academy of Learning in 1924. Banach was also a co-founder of the Lwów School of Mathematics, a school of thought comprising some of the most renowned Polish mathematicians of the interwar period (1918–1939). Some of the notable mathematical concepts that bear Banach's name include Banach spaces, Banach algebras, Banach measures, the Banach–Tarski paradox, the Hahn–Banach theorem, the Banach–Steinhaus theorem, the Banach–Mazur game, the Banach–Alaoglu theorem, and the Banach fixed-point theorem. 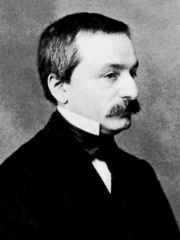 With an HPI of 65.87, Leopold Kronecker is the 3rd most famous Polish Mathematician.  His biography has been translated into 48 different languages.

Leopold Kronecker (German: [ˈkʁoːnɛkɐ]; 7 December 1823 – 29 December 1891) was a German mathematician who worked on number theory, algebra and logic. He criticized Georg Cantor's work on set theory, and was quoted by Weber (1893) as having said, "Die ganzen Zahlen hat der liebe Gott gemacht, alles andere ist Menschenwerk" ("God made the integers, all else is the work of man"). Kronecker was a student and lifelong friend of Ernst Kummer. 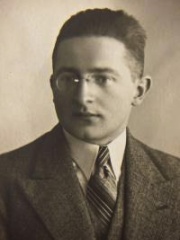 With an HPI of 62.68, Marian Rejewski is the 4th most famous Polish Mathematician.  His biography has been translated into 36 different languages.

Marian Adam Rejewski (Polish: [ˈmarjan rɛˈjɛfskʲi] (listen); 16 August 1905 – 13 February 1980) was a Polish mathematician and cryptologist who in late 1932 reconstructed the sight-unseen German military Enigma cipher machine, aided by limited documents obtained by French military intelligence. Over the next nearly seven years, Rejewski and fellow mathematician-cryptologists Jerzy Różycki and Henryk Zygalski developed and used techniques and equipment to decrypt the German machine ciphers, even as the Germans introduced modifications to their equipment and encryption procedures. Five weeks before the outbreak of World War II the Poles, at a conference in Warsaw, shared their achievements with the French and British, thus enabling Britain to begin reading German Enigma-encrypted messages, seven years after Rejewski's original reconstruction of the machine. The intelligence that was gained by the British from Enigma decrypts formed part of what was code-named Ultra and contributed—perhaps decisively—to the defeat of Germany.In 1929, while studying mathematics at Poznań University, Rejewski attended a secret cryptology course conducted by the Polish General Staff's Cipher Bureau (Biuro Szyfrów), which he joined in September 1932. The Bureau had had no success in reading Enigma-enciphered messages and set Rejewski to work on the problem in late 1932; he deduced the machine's secret internal wiring after only a few weeks. Rejewski and his two colleagues then developed successive techniques for the regular decryption of Enigma messages. His own contributions included the cryptologic card catalog, derived using the cyclometer that he had invented, and the cryptologic bomb. Five weeks before the German invasion of Poland in 1939, Rejewski and colleagues presented their achievements to French and British intelligence representatives summoned to Warsaw. Shortly after the outbreak of war, the Polish cryptologists were evacuated to France, where they continued breaking Enigma-enciphered messages. They and their support staff were again compelled to evacuate after the fall of France in June 1940, and they resumed work undercover a few months later in Vichy France. After the French "Free Zone" was occupied by Germany in November 1942, Rejewski and Zygalski fled via Spain, Portugal, and Gibraltar to Britain. There they enlisted in the Polish Armed Forces and were put to work solving low-grade German ciphers. After the war, Rejewski reunited with his family in Poland and worked as an accountant. For two decades, he remained silent about his prewar and wartime cryptologic work to avoid adverse attention from the country's Soviet-dominated government; he broke his silence in 1967 when he provided to the Polish Military Historical Institute his memoirs of his work in the Cipher Bureau. He died at age 74 of a heart attack and was interred with military honors at Warsaw's Powązki Military Cemetery. 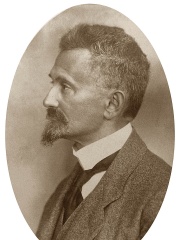 With an HPI of 61.57, Felix Hausdorff is the 5th most famous Polish Mathematician.  His biography has been translated into 44 different languages.

Felix Hausdorff ( HOWS-dorf, HOWZ-dorf; November 8, 1868 – January 26, 1942) was a German mathematician who is considered to be one of the founders of modern topology and who contributed significantly to set theory, descriptive set theory, measure theory, and functional analysis. Life became difficult for Hausdorff and his family after Kristallnacht in 1938. The next year he initiated efforts to emigrate to the United States, but was unable to make arrangements to receive a research fellowship. On 26 January 1942, Felix Hausdorff, along with his wife and his sister-in-law, died by suicide by taking an overdose of veronal, rather than comply with German orders to move to the Endenich camp, and there suffer the likely implications, about which he held no illusions. 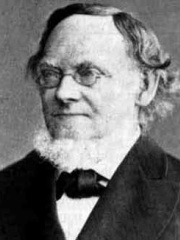 With an HPI of 61.23, Hermann Grassmann is the 6th most famous Polish Mathematician.  His biography has been translated into 40 different languages.

Hermann Günther Grassmann (German: Graßmann, pronounced [ˈhɛʁman ˈɡʏntɐ ˈɡʁasman]; 15 April 1809 – 26 September 1877) was a German polymath known in his day as a linguist and now also as a mathematician. He was also a physicist, general scholar, and publisher. His mathematical work was little noted until he was in his sixties. 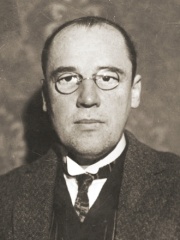 With an HPI of 60.68, Wacław Sierpiński is the 7th most famous Polish Mathematician.  His biography has been translated into 36 different languages.

Wacław Franciszek Sierpiński (Polish: [ˈvat͡swaf fraɲˈt͡ɕiʂɛk ɕɛrˈpij̃skʲi] (listen); 14 March 1882 – 21 October 1969) was a Polish mathematician. He was known for contributions to set theory (research on the axiom of choice and the continuum hypothesis), number theory, theory of functions, and topology. He published over 700 papers and 50 books. Three well-known fractals are named after him (the Sierpiński triangle, the Sierpiński carpet, and the Sierpiński curve), as are Sierpiński numbers and the associated Sierpiński problem. 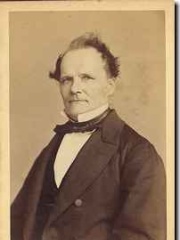 With an HPI of 60.43, Ernst Kummer is the 8th most famous Polish Mathematician.  His biography has been translated into 38 different languages.

Ernst Eduard Kummer (29 January 1810 – 14 May 1893) was a German mathematician. Skilled in applied mathematics, Kummer trained German army officers in ballistics; afterwards, he taught for 10 years in a gymnasium, the German equivalent of high school, where he inspired the mathematical career of Leopold Kronecker. 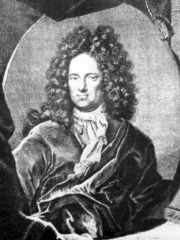 With an HPI of 59.32, Ehrenfried Walther von Tschirnhaus is the 9th most famous Polish Mathematician.  His biography has been translated into 28 different languages.

Ehrenfried Walther von Tschirnhaus (or Tschirnhauß, German: [ˈeːʁənˌfʁiːt ˈwaltɐ fɔn ˈt͡ʃiːɐ̯nhaʊs]; 10 April 1651 – 11 October 1708) was a German mathematician, physicist, physician, and philosopher. He introduced the Tschirnhaus transformation and is considered by some to have been the inventor of European porcelain, an invention long accredited to Johann Friedrich Böttger but others claim porcelain had been made by English manufacturers at an even earlier date. 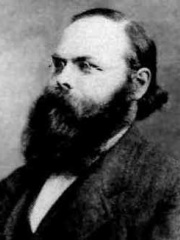 With an HPI of 58.80, Hermann Schwarz is the 10th most famous Polish Mathematician.  His biography has been translated into 30 different languages.