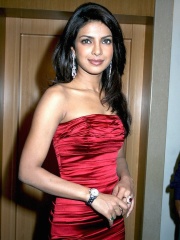 Priyanka Chopra Jonas (pronounced [prɪˈjəŋkaː ˈtʃoːpɽaː]; born 18 July 1982) is an Indian actress, singer, film producer, and the winner of the Miss World 2000 pageant. One of India's highest-paid and most popular celebrities, Chopra has received numerous awards, including one National Film Award and five Filmfare Awards. In 2016, the Government of India honoured her with the Padma Shri, and Time named her one of the 100 most influential people in the world. Read more on Wikipedia

Since 2007, the English Wikipedia page of Priyanka Chopra has received more than 34,465,540 page views. Her biography is available in 86 different languages on Wikipedia making her the 1,414th most popular actor.