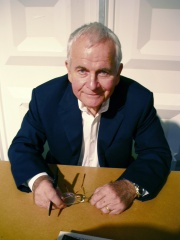 Sir Ian Holm Cuthbert (12 September 1931 – 19 June 2020), known as Ian Holm, was an English actor. Beginning his career on the British stage as a standout member of the Royal Shakespeare Company, he later transitioned into a successful and prolific screen career portraying a variety of both supporting and leading characters, earning critical acclaim and many accolades in the process.Holm won the 1967 Tony Award for Best Featured Actor for his performance as Lenny in The Homecoming and the 1998 Laurence Olivier Award for Best Actor for his performance in the title role of King Lear. He was nominated for seven BAFTA Awards, winning Best Actor in a Supporting Role twice for The Bofors Gun (his film debut) and Chariots of Fire. Read more on Wikipedia

Ian Holm is most famous for his role as Bilbo Baggins in the "Lord of the Rings" films.