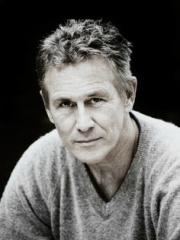 Michael Leonard Ontkean (born January 24, 1946) is a Canadian retired actor. Born and raised in Vancouver, British Columbia, Ontkean relocated to the United States to attend the University of New Hampshire on a hockey scholarship before pursuing a career in acting in the early 1970s. He initially came to prominence portraying Officer Willie Gillis on the crime drama series The Rookies from 1972 to 1974, followed by lead roles in the hockey sports comedy film Slap Shot (1977) and the romantic comedy Willie & Phil (1980). Read more on Wikipedia

Since 2007, the English Wikipedia page of Michael Ontkean has received more than 1,207,672 page views. His biography is available in 19 different languages on Wikipedia making him the 3,047th most popular actor.