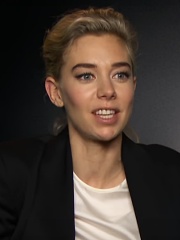 Vanessa Kirby (born 18 April 1988) is an English actress. For her role as Princess Margaret in the Netflix drama series The Crown (2016–2017), she won the British Academy Television Award for Best Supporting Actress and earned a nomination for the Primetime Emmy Award for Outstanding Supporting Actress in a Drama Series. She has also starred in several stage productions, earning three nominations for the Ian Charleson Awards, with Matt Trueman of Variety describing her as "the outstanding stage actress of her generation, capable of the most unexpected choices."She gained wider recognition for her roles in the action films Mission: Impossible – Fallout (2018) and Hobbs & Shaw (2019). Read more on Wikipedia