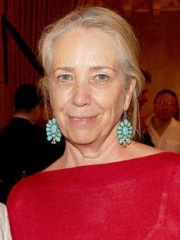 Melissa Marie Mathison (June 3, 1950 – November 4, 2015) was an American film and television screenwriter and an activist for the Tibetan independence movement. She was best known for writing the screenplays for the films The Black Stallion (1979) and E.T. the Extra-Terrestrial (1982), the latter of which earned her the Saturn Award for Best Writing and a nomination for the Academy Award for Best Original Screenplay. Mathison later wrote The Indian in the Cupboard (1995), based on Lynne Reid Banks' 1980 children's novel of the same name, and Kundun (1997), a biographical-drama film about the Dalai Lama. Read more on Wikipedia

Since 2007, the English Wikipedia page of Melissa Mathison has received more than 2,558,701 page views. Her biography is available in 16 different languages on Wikipedia making her the 4,133rd most popular writer.