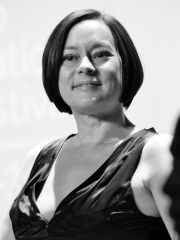 Meg Tilly (born Margaret Elizabeth Chan; February 14, 1960) is a Canadian-American actress and novelist.For her role in the 1985 film Agnes of God, she won a Golden Globe Award and was nominated for the Academy Award for Best Supporting Actress. Her other film roles include Psycho II (1983), The Big Chill (1983), Masquerade (1988), and Valmont (1989). For her role in the television series Bomb Girls (2012–13), she won the 2013 Canadian Screen Award for Best Lead Actress in a Drama Series. Tilly has also written six novels, including Porcupine (2007), which was a finalist for the Sheila A. Read more on Wikipedia

Since 2007, the English Wikipedia page of Meg Tilly has received more than 2,974,110 page views. Her biography is available in 25 different languages on Wikipedia making her the 3,773rd most popular actor.