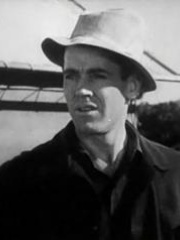 Henry Jaynes Fonda (May 16, 1905 – August 12, 1982) was an American film and stage actor who had a career that spanned five decades in Hollywood. Fonda cultivated a strong, appealing screen image in several films now considered to be classics, earning one Academy Award for Best Actor on two nominations. Fonda made his mark early as a Broadway actor and made his Hollywood film debut in 1935. Read more on Wikipedia

Since 2007, the English Wikipedia page of Henry Fonda has received more than 6,413,041 page views. His biography is available in 83 different languages on Wikipedia making him the 63rd most popular actor.

Among actors, Henry Fonda ranks 62 out of 8,832. Before him are Nicolas Cage, Will Smith, Charles Bronson, Bruno Ganz, Ian McKellen, and Michael Caine. After him are Konstantin Stanislavski, Paul Newman, Jane Fonda, John Wayne, Catherine Deneuve, and Greta Garbo.