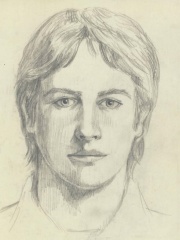 Joseph James DeAngelo Jr. (born November 8, 1945) is an American serial killer, serial rapist, burglar and former police officer who committed at least thirteen murders, fifty rapes, and 120 burglaries across California between 1973 and 1986.DeAngelo was responsible for at least three crime sprees throughout California, each of which spawned a different nickname in the press, before it became evident that they were committed by the same offender. In the San Joaquin Valley, he was known as the Visalia Ransacker before moving to the Sacramento area, where he became known as the East Area Rapist and was linked by modus operandi to additional attacks in Contra Costa County, Stockton, and Modesto. Read more on Wikipedia

Since 2007, the English Wikipedia page of Golden State Killer has received more than 9,286,436 page views. His biography is available in 15 different languages on Wikipedia making him the 153rd most popular extremist.