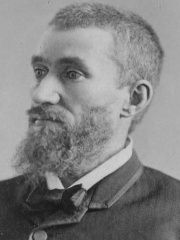 Charles Julius Guiteau (; September 8, 1841 – June 30, 1882) was an American writer and lawyer who assassinated United States President James A. Garfield on July 2, 1881. Guiteau falsely believed he had played a major role in Garfield's victory, for which he should be rewarded with a consulship. He was so offended by the Garfield administration's rejections of his applications to serve in Vienna or Paris that he decided to kill Garfield, and shot him at the Baltimore and Potomac Railroad Station in Washington, D.C. Garfield died two months later from infections related to the wounds. Read more on Wikipedia

Since 2007, the English Wikipedia page of Charles J. Guiteau has received more than 1,273,201 page views. His biography is available in 21 different languages on Wikipedia making him the 8,960th most popular politician.

Among politicians, Charles J. Guiteau ranks 8,914 out of 14,801. Before him are George Vassiliou, Nepherites I, Prince Munetaka, Prince Thomas, Duke of Genoa, Ibrahim al-Jaafari, and Eochaid, son of Rhun. After him are Bertie Ahern, Princess Friederike Luise of Prussia, Mohammad Javad Zarif, John C. Breckinridge, Princess Marie of Hesse-Kassel, and Fayzulla Khodzhayev.