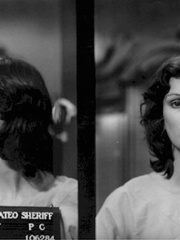 Patricia Campbell Hearst (born February 20, 1954) is an American author and actress, and a granddaughter of American publishing magnate William Randolph Hearst. She became internationally known for events following her 1974 kidnapping by the left-wing terrorist Symbionese Liberation Army. She was found and arrested 19 months after being abducted, by which time she was a fugitive wanted for serious crimes committed with members of the group. Read more on Wikipedia

Since 2007, the English Wikipedia page of Patty Hearst has received more than 8,496,735 page views. Her biography is available in 30 different languages on Wikipedia making her the 103rd most popular extremist.