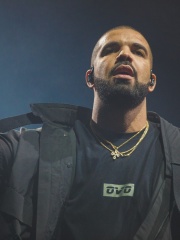 Aubrey Drake Graham ( aw-BREE; born October 24, 1986) is a Canadian rapper, singer, and actor. An influential figure in contemporary popular music, Drake has been credited for popularizing singing and R&B sensibilities in hip hop. Gaining recognition by starring as Jimmy Brooks in the CTV teen drama series Degrassi: The Next Generation (2001–08), Drake pursued a career in music releasing his debut mixtape Room for Improvement in 2006; he released the mixtapes Comeback Season (2007) and So Far Gone (2009) before signing with Young Money Entertainment.Drake's first three albums, Thank Me Later (2010), Take Care (2011) and Nothing Was the Same (2013), were all critical successes and propelled him to the forefront of hip hop. Read more on Wikipedia

Drake is most famous for his music, which is a mix of rap and R&B.

Page views of Drakes by language