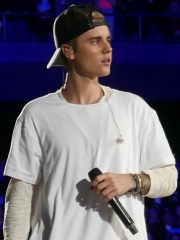 Justin Drew Bieber (; born March 1, 1994) is a Canadian singer. He was discovered by American record executive Scooter Braun and signed with RBMG Records in 2008, gaining recognition with the release of his debut seven-track EP My World (2009) and soon establishing himself as a teen idol. Bieber achieved commercial success with his debut studio album, My World 2.0 (2010), which debuted atop the Billboard 200, making him the youngest solo male act to top the chart in 47 years. The album also contained the internationally successful single "Baby", which became one of the highest certified singles of all time in the US. Read more on Wikipedia