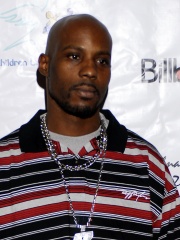 Earl Simmons (December 18, 1970 – April 9, 2021), known by his stage name DMX ("Dark Man X"), was an American rapper and actor. He began rapping in the early 1990s and released his debut album It's Dark and Hell Is Hot in 1998, to both critical acclaim and commercial success, selling 251,000 copies within its first week of release. DMX released his best-selling album, ... Read more on Wikipedia

Page views of DMXES by language

Among singers, DMX ranks 1,382 out of 3,541. Before him are Sibel Can, Rufus Thomas, David Alexandre Winter, Silvi Vrait, Souad Massi, and Agnes Obel. After him are Vic Damone, Emma Abbott, Yuri Shevchuk, Flo Rida, Leroy Carr, and Sainkho Namtchylak.