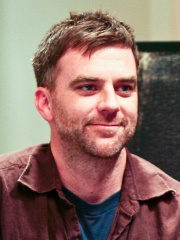 Paul Thomas Anderson (born June 26, 1970) is an American filmmaker. Born in Los Angeles, Anderson developed an interest in filmmaking from a young age. An alumnus of the Sundance Institute, Anderson is famous for making often epic psychological drama films which often take place in San Fernando Valley and deal with characters seeking after redemption, forgiveness or loss; they also use wide framing as well as realistic or gritty cinematography. Read more on Wikipedia

Since 2007, the English Wikipedia page of Paul Thomas Anderson has received more than 7,082,328 page views. His biography is available in 41 different languages on Wikipedia making him the 676th most popular film director.