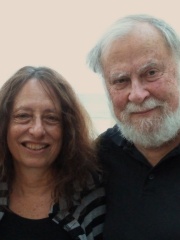 Carol Gilligan (; born November 28, 1936) is an American feminist, ethicist and psychologist best known for her work on ethical community and ethical relationships and certain subject-object problems in ethics. Gilligan is a professor of Humanities and Applied Psychology at New York University and was a visiting professor at the Centre for Gender Studies and Jesus College at the University of Cambridge until 2009. She is best known for her 1982 work, In a Different Voice. Read more on Wikipedia

Since 2007, the English Wikipedia page of Carol Gilligan has received more than 369,027 page views. Her biography is available in 19 different languages on Wikipedia making her the 141st most popular psychologist.