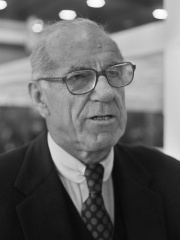 Benjamin McLane Spock (May 2, 1903 – March 15, 1998) was an American pediatrician and liberal political activist whose book Baby and Child Care (1946) is one of the best-selling books of the twentieth century, selling 500,000 copies in the six months after its initial publication in 1946 and 50 million by the time of Spock's death in 1998. The book's premise to mothers was that they "know more than you think you do." Spock's parenting advice and recommendations revolutionized parental upbringing in the United States, and he is considered to be amongst the most famous and influential Americans of the 20th century.Spock was the first pediatrician to study psychoanalysis to try to understand children's needs and family dynamics. His ideas about childcare influenced several generations of parents to be more flexible and affectionate with their children and to treat them as individuals. Read more on Wikipedia