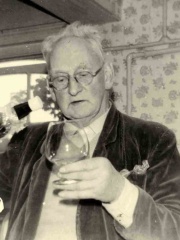 Alexander Sutherland Neill (17 October 1883 – 23 September 1973) was a Scottish educator and author known for his school, Summerhill, and its philosophy of freedom from adult coercion and community self-governance. Raised in Scotland, Neill taught at several schools before attending the University of Edinburgh in 1908–1912. He took two jobs in journalism before World War I, and taught at Gretna Green Village School in the second year of the war, writing his first book, A Dominie's Log (1915), as a diary of his life there as head teacher. Read more on Wikipedia

A. S. Neill is most famous for his work with children and his founding of Summerhill School. Neill believed that children should be given the freedom to explore their own interests and learn from their own mistakes.

Page views of A. S. Neills by language

Among philosophers, A. S. Neill ranks 286 out of 1,081. Before him are Priscus, Bruno Bauer, Panaetius, Rudolf Bultmann, Arnaldus de Villa Nova, and Anacharsis. After him are Nicolai Hartmann, Félix Guattari, Roscellinus, Ramana Maharshi, Adam of Bremen, and Synesius.