This page contains a list of the greatest Swiss Writers. The pantheon dataset contains 5,794 Writers, 45 of which were born in Switzerland. This makes Switzerland the birth place of the 25th most number of Writers behind Romania and Netherlands.

The following people are considered by Pantheon to be the top 10 most legendary Swiss Writers of all time. This list of famous Swiss Writers is sorted by HPI (Historical Popularity Index), a metric that aggregates information on a biography’s online popularity. Visit the rankings page to view the entire list of Swiss Writers. 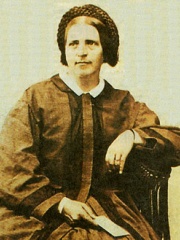 With an HPI of 78.42, Johanna Spyri is the most famous Swiss Writer.  Her biography has been translated into 53 different languages on wikipedia.

Johanna Louise Spyri (née Heusser; German: [joˈhana ˈʃpiːri]; 12 June 1827 – 7 July 1901) was a Swiss author of novels, notably children's stories, and is best known for her book Heidi. Born in Hirzel, a rural area in the canton of Zurich, Switzerland, as a child she spent several summers near Chur in Graubünden, the setting she later would use in her novels. 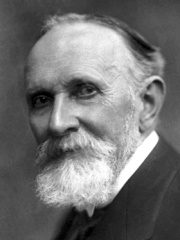 With an HPI of 76.88, Carl Spitteler is the 2nd most famous Swiss Writer.  His biography has been translated into 73 different languages.

Carl Friedrich Georg Spitteler (24 April 1845 – 29 December 1924) was a Swiss poet who was awarded the Nobel Prize for Literature in 1919 "in special appreciation of his epic, Olympian Spring". His work includes both pessimistic and heroic poems. 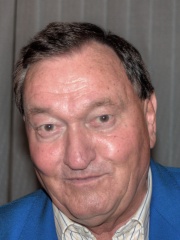 With an HPI of 76.44, Erich von Däniken is the 3rd most famous Swiss Writer.  His biography has been translated into 43 different languages.

Erich Anton Paul von Däniken (; German: [ˈeːrɪç fɔn ˈdɛːnɪkən]; born 14 April 1935) is a Swiss author of several books which make claims about extraterrestrial influences on early human culture, including the best-selling Chariots of the Gods?, published in 1968. Von Däniken is one of the main figures responsible for popularizing the "paleo-contact" and ancient astronauts hypotheses. The ideas put forth in his books are rejected by virtually all scientists and academics, who categorize his work as pseudohistory, pseudoarchaeology, and pseudoscience. Early in his career, he was convicted and served time for several counts of fraud or embezzlement, and wrote one of his books in prison. Von Däniken later became a co-founder of the Archaeology, Astronautics and SETI Research Association (AAS RA). He designed Mystery Park (now known as Jungfrau Park), a theme park located in Interlaken, Switzerland, that opened in May 2003. 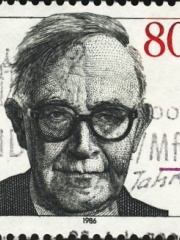 With an HPI of 75.50, Karl Barth is the 4th most famous Swiss Writer.  His biography has been translated into 56 different languages.

Karl Barth (; German: [bart]; (1886-05-10)10 May 1886 – (1968-12-10)10 December 1968) was a Swiss Calvinist theologian who is most well known for his landmark commentary The Epistle to the Romans (1921), his involvement in the Confessing Church, and authorship of the Barmen Declaration, and especially his unfinished multi-volume theological summa the Church Dogmatics (published between 1932–1967). Barth's influence expanded well beyond the academic realm to mainstream culture, leading him to be featured on the cover of Time on 20 April 1962.Like many Protestant theologians of his generation, Barth was educated in a liberal theology influenced by Adolf von Harnack, Friedrich Schleiermacher and others. His pastoral career began in the rural Swiss town of Safenwil, where he was known as the "Red Pastor from Safenwil" There he became increasingly disillusioned with the liberal Christianity in which he had been trained. This led him to write the first edition of his The Epistle to the Romans (1919) (a.k.a. Romans I), in which he resolved to read the New Testament differently. Barth began to gain substantial worldwide acclaim with the publication in 1921 of the second edition of his commentary on The Epistle to the Romans (1921), in which he openly broke from liberal theology. He influenced many significant theologians such as Dietrich Bonhoeffer who supported the Confessing Church, and Jürgen Moltmann, Helmut Gollwitzer, James H. Cone, Wolfhart Pannenberg, Rudolf Bultmann, Thomas F. Torrance, Hans Küng, and also Reinhold Niebuhr, Jacques Ellul, and novelists such as Flannery O'Connor, John Updike, and Miklós Szentkuthy. Among many other areas, Barth has also had a profound influence on modern Christian ethics. He has influenced the work of ethicists such as Stanley Hauerwas, John Howard Yoder, Jacques Ellul and Oliver O'Donovan. 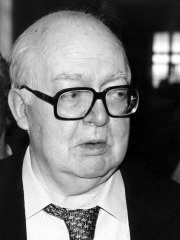 With an HPI of 75.45, Friedrich Dürrenmatt is the 5th most famous Swiss Writer.  His biography has been translated into 55 different languages.

Friedrich Dürrenmatt (German: [ˈfriːdrɪç ˈdʏrənˌmat] (listen); 5 January 1921 – 14 December 1990) was a Swiss author and dramatist. He was a proponent of epic theatre whose plays reflected the recent experiences of World War II. The politically active author's work included avant-garde dramas, philosophical crime novels, and macabre satire. Dürrenmatt was a member of the Gruppe Olten, a group of left-wing Swiss writers who convened regularly at a restaurant in the city of Olten. 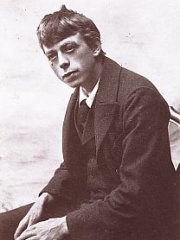 With an HPI of 74.03, Robert Walser is the 6th most famous Swiss Writer.  His biography has been translated into 42 different languages.

Robert Walser (15 April 1878 – 25 December 1956) was a German-speaking Swiss writer. Walser is understood to be the missing link between Kleist and Kafka. "Indeed", writes Susan Sontag, "at the time [of Walser's writing], it was more likely to be Kafka [who was understood by posterity] through the prism of Walser". Apparently Robert Musil referred to Kafka's work as "a peculiar case of the Walser type".Walser was admired early on by Kafka and writers such as Hermann Hesse, Stefan Zweig, and Walter Benjamin, and was in fact better known during his lifetime than Kafka or Benjamin were known in theirs. Nevertheless, Walser was never able to support himself based on the meager income he made from his writings, and he worked as a copyist, an inventor's assistant, a butler, and in various other low-paying trades. Despite marginal early success in his literary career, the popularity of his work gradually diminished over the second and third decades of the 20th century, making it increasingly difficult for him to support himself through writing. He eventually suffered a nervous breakdown and spent the remainder of his life in sanatoriums, taking frequent long walks. A revival of interest in his work arose when, in the late 20th century and early 2000s, his writings from the Pencil Zone, also known as Bleistiftgebiet or "the Microscripts", which had been written in a coded, microscopically tiny hand on scraps of paper collected while in a Waldau sanatorium, were finally deciphered, translated, and published. 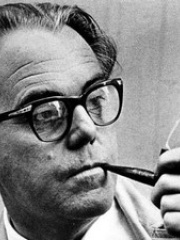 With an HPI of 72.61, Max Frisch is the 7th most famous Swiss Writer.  His biography has been translated into 50 different languages.

Max Rudolf Frisch (German: [maks ˈfʁɪʃ] (listen); 15 May 1911 – 4 April 1991) was a Swiss playwright and novelist. Frisch's works focused on problems of identity, individuality, responsibility, morality, and political commitment. The use of irony is a significant feature of his post-war output. Frisch was one of the founders of Gruppe Olten. He was awarded the 1965 Jerusalem Prize, the 1973 Grand Schiller Prize, and the 1986 Neustadt International Prize for Literature. 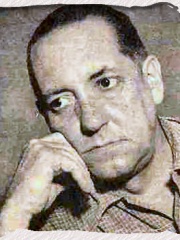 With an HPI of 72.10, Alejo Carpentier is the 8th most famous Swiss Writer.  His biography has been translated into 58 different languages.

Alejo Carpentier y Valmont (Spanish pronunciation: [karpanˈtje], French pronunciation: ​[kaʁpɑ̃tje]; December 26, 1904 – April 24, 1980) was a Cuban novelist, essayist, and musicologist who greatly influenced Latin American literature during its famous "boom" period. Born in Lausanne, Switzerland, of French and Russian parentage, Carpentier grew up in Havana, Cuba, and despite his European birthplace, he strongly identified as Cuban throughout his life. He traveled extensively, particularly in France, and to South America and Mexico, where he met prominent members of the Latin American cultural and artistic community. Carpentier took a keen interest in Latin American politics and often aligned himself with revolutionary movements, such as Fidel Castro's Communist Revolution in Cuba in the mid-20th century. Carpentier was jailed and exiled for his leftist political philosophies. With a developed knowledge of music, Carpentier explored musicology, publishing an in-depth study of the music of Cuba, La música en Cuba and integrated musical themes and literary techniques throughout his works. He explored elements of Afro-Cubanism and incorporated the cultural aspects into the majority of his writings. Although Carpentier wrote in a myriad of genres, such as journalism, radio drama, playwrighting, academic essays, opera and libretto, he is best known for his novels. He was among the first practitioners of magical realism using the technique, lo real maravilloso to explore the fantastic quality of Latin American history and culture. The most famous example of Afro-Cuban influence and use of lo real maravilloso is Carpentier's 1949 novel El reino de este mundo (The Kingdom of this World) about the Haitian revolution of the late 18th century. Carpentier's writing style integrated the resurgent Baroque style, or New World Baroque style that Latin American artists adopted from the European model and assimilated to the Latin American artistic vision. With a first-hand experience of the French Surrealist movement, Carpentier also adapted the Surrealist theory to Latin American literature. Always eager to explore more than Cuban identity, Carpentier used his traveling experiences throughout Europe and Latin American to expand his understanding of Latin American identity. Carpentier wove elements of Latin American political history, music, social injustice and art into the tapestries of his writings, all of which exerted a decisive influence on the works of younger Latin American and Cuban writers like Lisandro Otero, Leonardo Padura and Fernando Velázquez Medina. Carpentier died in Paris in 1980 and was buried in Havana's Colon Cemetery with other Cuban political and artistic luminaries. 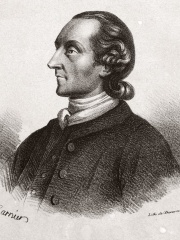 With an HPI of 71.51, Johann Kaspar Lavater is the 9th most famous Swiss Writer.  His biography has been translated into 30 different languages. 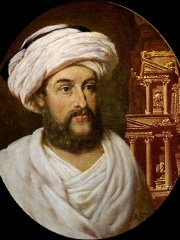 With an HPI of 71.30, Johann Ludwig Burckhardt is the 10th most famous Swiss Writer.  His biography has been translated into 37 different languages.

Johann Ludwig (also known as John Lewis, Jean Louis) Burckhardt (24 November 1784 – 15 October 1817) was a Swiss traveller, geographer and orientalist. Burckhardt assumed the moniker Sheikh Ibrahim Ibn Abdallah during his travels in Arabia. He wrote his letters in French and signed Louis. He is best known for rediscovering the ruins of the ancient Nabataean city of Petra in Jordan.

Pantheon has 45 people classified as writers born between 840 and 1985. Of these 45, 11 (24.44%) of them are still alive today. The most famous living writers include Erich von Däniken, Peter Bieri, and Philippe Jaccottet. The most famous deceased writers include Johanna Spyri, Carl Spitteler, and Karl Barth. As of October 2020, 3 new writers have been added to Pantheon including Arthur Cravan, Theodore Bibliander, and Johann Jakob Breitinger.