This page contains a list of the greatest Egyptian Writers. The pantheon dataset contains 5,794 Writers, 52 of which were born in Egypt. This makes Egypt the birth place of the 20th most number of Writers behind Hungary and Austria.

The following people are considered by Pantheon to be the top 10 most legendary Egyptian Writers of all time. This list of famous Egyptian Writers is sorted by HPI (Historical Popularity Index), a metric that aggregates information on a biography’s online popularity. Visit the rankings page to view the entire list of Egyptian Writers. 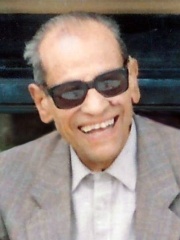 With an HPI of 79.79, Naguib Mahfouz is the most famous Egyptian Writer.  His biography has been translated into 128 different languages on wikipedia.

Naguib Mahfouz (Arabic: نجيب محفوظ‎, romanized: Najīb Maḥfūẓ, IPA: [næˈɡiːb mɑħˈfuːzˤ]; 11 December 1911 – 30 August 2006) was an Egyptian writer who won the 1988 Nobel Prize for Literature. He is regarded as one of the first contemporary writers of Arabic literature, along with Taha Hussein, to explore themes of existentialism. He published 34 novels, over 350 short stories, dozens of movie scripts, hundreds of op-ed columns for Egyptian newspapers, and five plays over a 70-year career. Many of his works have been made into Egyptian and foreign films.

With an HPI of 76.88, Appian is the 2nd most famous Egyptian Writer.  His biography has been translated into 53 different languages.

Appian of Alexandria (; Greek: Ἀππιανὸς Ἀλεξανδρεύς Appianòs Alexandreús; Latin: Appianus Alexandrinus; c. 95 – c. AD 165) was a Greek historian with Roman citizenship who flourished during the reigns of Emperors of Rome Trajan, Hadrian, and Antoninus Pius. He was born c. 95 in Alexandria. After holding the senior offices in the province of Aegyptus (Egypt), he went to Rome c. 120, where he practised as an advocate, pleading cases before the emperors (probably as advocatus fisci, an important official of the imperial treasury). It was in 147 at the earliest that he was appointed to the office of procurator, probably in Egypt, on the recommendation of his friend Marcus Cornelius Fronto, an influential rhetorician and advocate. Because the position of procurator was open only to members of the equestrian order (the "knightly" class), his possession of this office tells us about Appian's family background. His principal surviving work (Ρωμαϊκά Romaiká, known in Latin as Historia Romana and in English as Roman History) was written in Greek in 24 books, before 165. This work more closely resembles a series of monographs than a connected history. It gives an account of various peoples and countries from the earliest times down to their incorporation into the Roman Empire, and survives in complete books and considerable fragments. The work is very valuable, especially for the period of the civil wars.The Civil Wars, books 13–17 of the Roman History, concern mainly the end of the Roman Republic and take a conflict-based view and approach to history. Despite the lack of cited sources for his works, these books of the Roman History are the only extant comprehensive description of these momentous decades of Roman history. The other extant work of Appian is his "The Foreign Wars", which includes an ethnographic style history recounting the various military conflicts against a foreign enemy in Roman history, until the time of Appian. 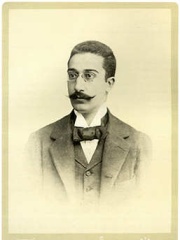 With an HPI of 76.43, Constantine P. Cavafy is the 3rd most famous Egyptian Writer.  His biography has been translated into 51 different languages.

Constantine Peter Cavafy (; also known as Konstantinos Petrou Kavafis; Greek: Κωνσταντίνος Π. Καβάφης [ka'vafis]; April 29 (April 17, OS), 1863 – April 29, 1933) was a Greek poet, journalist and civil servant from Alexandria. He was also a homosexual whose work, as one translator put it, "holds the historical and the erotic in a single embrace."Cavafy's friend, the novelist and literary critic E. M. Forster, introduced his poems to the English-speaking world in 1923, famously describing him as "a Greek gentleman in a straw hat, standing absolutely motionless at a slight angle to the universe." Cavafy's consciously individual style earned him a place among the most important figures not only in Greek poetry, but in Western poetry as a whole.Cavafy wrote 155 poems, while dozens more remained incomplete or in sketch form. During his lifetime, he consistently refused to formally publish his work and preferred to share it through local newspapers and magazines, or even print it out himself and give it away to anyone interested. His most important poems were written after his fortieth birthday, and officially published two years after his death. 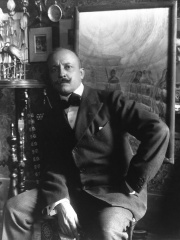 With an HPI of 76.20, Filippo Tommaso Marinetti is the 4th most famous Egyptian Writer.  His biography has been translated into 50 different languages.

Filippo Tommaso Emilio Marinetti (Italian: [fiˈlippo tomˈmaːzo mariˈnetti]; 22 December 1876 – 2 December 1944) was an Italian poet, editor, art theorist, and founder of the Futurist movement. He was associated with the utopian and Symbolist artistic and literary community Abbaye de Créteil between 1907 and 1908. Marinetti is best known as the author of the first Futurist Manifesto, which was written and published in 1909.

With an HPI of 76.19, Apollonius of Rhodes is the 5th most famous Egyptian Writer.  His biography has been translated into 49 different languages.

Apollonius of Rhodes (Ancient Greek: Ἀπολλώνιος Ῥόδιος Apollṓnios Rhódios; Latin: Apollonius Rhodius; fl. first half of 3rd century BCE) was an ancient Greek author, best known for the Argonautica, an epic poem about Jason and the Argonauts and their quest for the Golden Fleece. The poem is one of the few extant examples of the epic genre and it was both innovative and influential, providing Ptolemaic Egypt with a "cultural mnemonic" or national "archive of images", and offering the Latin poets Virgil and Gaius Valerius Flaccus a model for their own epics. His other poems, which survive only in small fragments, concerned the beginnings or foundations of cities, such as Alexandria and Cnidus places of interest to the Ptolemies, whom he served as a scholar and librarian at the Library of Alexandria. A literary dispute with Callimachus, another Alexandrian librarian/poet, is a topic much discussed by modern scholars since it is thought to give some insight into their poetry, although there is very little evidence that there ever was such a dispute between the two men. In fact almost nothing at all is known about Apollonius and even his connection with Rhodes is a matter for speculation. Once considered a mere imitator of Homer, and therefore a failure as a poet, his reputation has been enhanced by recent studies, with an emphasis on the special characteristics of Hellenistic poets as scholarly heirs of a long literary tradition writing at a unique time in history. 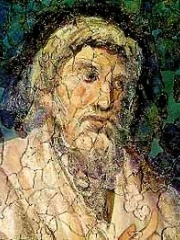 With an HPI of 75.21, Lactantius is the 6th most famous Egyptian Writer.  His biography has been translated into 40 different languages.

Lucius Caecilius Firmianus signo Lactantius (c. 250 – c. 325) was an early Christian author who became an advisor to Roman emperor, Constantine I, guiding his Christian religious policy in its initial stages of emergence, and a tutor to his son Crispus. His most important work is the Institutiones Divinae ("The Divine Institutes"), an apologetic treatise intended to establish the reasonableness and truth of Christianity to pagan critics. He is best known for his apologetic works, widely read during the Renaissance by humanists who called Lactantius the "Christian Cicero". Also often attributed to Lactantius is the poem The Phoenix, which is based on the myth of the phoenix from Oriental mythology. Though the poem is not clearly Christian in its motifs, modern scholars have found some literary evidence in the text to suggest the author had a Christian interpretation of the eastern myth as a symbol of resurrection. 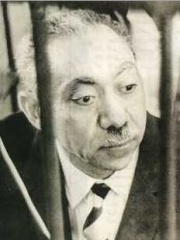 With an HPI of 74.83, Sayyid Qutb is the 7th most famous Egyptian Writer.  His biography has been translated into 45 different languages.

Sayyid Ibrahim Husayn Shadhili Qutb ( or ; Egyptian Arabic pronunciation: [ˈsæjjed ˈʔotˤb], Arabic: [ˈsæjjɪd ˈqʊtˤb]; Arabic: سيد قطب إبراهيم حسين‎ Sayyid Quṭb; 9 October 1906 – 29 August 1966), known popularly as Sayyid Qutb (Arabic: سيد قطب‎), was an Egyptian author, educator, revolutionary, Islamic theorist, poet, and a leading member of the Egyptian Muslim Brotherhood in the 1950s and 1960s. In 1966, he was convicted of plotting the assassination of Egyptian President Gamal Abdel Nasser and was executed by hanging. He is considered as "the Father of Salafi jihadism", the religio-political doctrine that underpins the ideological roots of Global Jihadist organisations such as al-Qaeda and ISIL.Author of 24 books, with around 30 books unpublished for different reasons (mainly destruction by the state), and at least 581 articles, including novels, literary arts critique and works on education, he is best known in the Muslim world for his work on what he believed to be the social and political role of Islam, particularly in his books Social Justice and Ma'alim fi al-Tariq (Milestones). His magnum opus, Fi Zilal al-Quran (In the Shade of the Qur'an), is a 30-volume commentary on the Quran.During most of his life, Qutb's inner circle mainly consisted of influential politicians, intellectuals, poets and literary figures, both of his age and of the preceding generation. By the mid-1940s, many of his writings were included in the curricula of schools, colleges and universities.Even though most of his observations and criticism were leveled at the Muslim world, Qutb is also known for his intense disapproval of the society and culture of the United States, which he saw as materialistic, and obsessed with violence and sexual pleasures. He advocated violent, offensive jihad. Qutb has been described by followers as a great thinker and martyr for Islam, while many Western observers (and some Muslims) see him as a key originator of Islamist ideology, and an inspiration for violent Islamist groups such as al-Qaeda. Today, his supporters are identified by their opponents as "Qutbists" or "Qutbi".

With an HPI of 74.55, Athenaeus is the 8th most famous Egyptian Writer.  His biography has been translated into 41 different languages.

Athenaeus of Naucratis (; Ancient Greek: Ἀθήναιος ὁ Nαυκρατίτης or Nαυκράτιος, Athēnaios Naukratitēs or Naukratios; Latin: Athenaeus Naucratita) was a Greek rhetorician and grammarian, flourishing about the end of the 2nd and beginning of the 3rd century AD. The Suda says only that he lived in the times of Marcus Aurelius, but the contempt with which he speaks of Commodus, who died in 192, shows that he survived that emperor. He was a contemporary of Adrantus.Several of his publications are lost, but the fifteen-volume Deipnosophistae mostly survives. 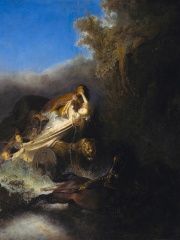 With an HPI of 72.30, Claudian is the 9th most famous Egyptian Writer.  His biography has been translated into 36 different languages.

Claudius Claudianus, known in English as Claudian (; c. 370 – c. 404 AD), was a Latin poet associated with the court of the Roman emperor Honorius at Mediolanum (Milan), and particularly with the general Stilicho. His work, written almost entirely in hexameters or elegiac couplets, falls into three main categories: poems for Honorius, poems for Stilicho, and mythological epic. 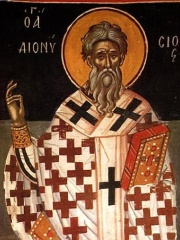 With an HPI of 71.48, Pope Dionysius of Alexandria is the 10th most famous Egyptian Writer.  His biography has been translated into 29 different languages.

Dionysius the Great was the 14th Pope and Patriarch of Alexandria from 28 December 248 until his death on 22 March 264. Most information known about him comes from his large surviving correspondence. Only one original letter survives to this day; the remaining letters are excerpted in the works of Eusebius. Called "the Great" by Eusebius, Basil of Caesarea and others, he was characterized by the Catholic Encyclopedia as "undoubtedly, after St. Cyprian, the most eminent bishop of the third century... like St. Cyprian, less a great theologian than a great administrator."

Pantheon has 52 people classified as writers born between 300 BC and 1967. Of these 52, 8 (15.38%) of them are still alive today. The most famous living writers include André Aciman, Bat Ye'or, and Alaa Al Aswany. The most famous deceased writers include Naguib Mahfouz, Appian, and Constantine P. Cavafy. As of October 2020, 3 new writers have been added to Pantheon including Farag Foda, Yakup Kadri Karaosmanoğlu, and Mona Eltahawy.