This page contains a list of the greatest Hungarian Writers. The pantheon dataset contains 5,794 Writers, 62 of which were born in Hungary. This makes Hungary the birth place of the 18th most number of Writers behind Czechia and Norway.

The following people are considered by Pantheon to be the top 10 most legendary Hungarian Writers of all time. This list of famous Hungarian Writers is sorted by HPI (Historical Popularity Index), a metric that aggregates information on a biography’s online popularity. Visit the rankings page to view the entire list of Hungarian Writers. 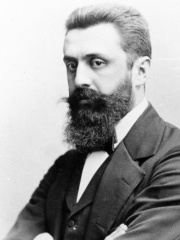 With an HPI of 82.81, Theodor Herzl is the most famous Hungarian Writer.  His biography has been translated into 74 different languages on wikipedia.

Theodor Herzl (; German: [ˈhɛɐtsl̩]; Hebrew: תֵּאוֹדוֹר הֶרְצְל‎, Te'odor Hertzel; Hungarian: Herzl Tivadar; 2 May 1860 – 3 July 1904) or Hebrew name given at his brit milah Binyamin Ze'ev, was an Austro-Hungarian Jewish journalist, playwright, political activist, and writer who was the father of modern political Zionism. Herzl formed the Zionist Organization and promoted Jewish immigration to Palestine in an effort to form a Jewish state. Although he died before Israel's establishment, he is known in Hebrew as חוֹזֵה הַמְדִינָה, Chozeh HaMedinah lit. "Visionary of the State". Herzl is specifically mentioned in the Israeli Declaration of Independence and is officially referred to as "the spiritual father of the Jewish State", i.e. the visionary who gave a concrete, practicable platform and framework to political Zionism. However, he was not the first Zionist theoretician or activist; scholars, many of them religious such as rabbis Yehuda Bibas, Zvi Hirsch Kalischer and Judah Alkalai, promoted a range of proto-Zionist ideas before him. 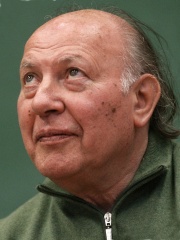 With an HPI of 78.81, Imre Kertész is the 2nd most famous Hungarian Writer.  His biography has been translated into 84 different languages.

Imre Kertész (Hungarian: [ˈimrɛ ˈkɛrteːs]; 9 November 1929 – 31 March 2016) was a Hungarian author and recipient of the 2002 Nobel Prize in Literature, "for writing that upholds the fragile experience of the individual against the barbaric arbitrariness of history". He was the first Hungarian to win the Nobel in Literature. His works deal with themes of the Holocaust (he was a survivor of a German concentration camp), dictatorship and personal freedom. He died on 31 March 2016, aged 86, at his home in Budapest after suffering from Parkinson's disease for several years.

With an HPI of 74.13, Ágota Kristóf is the 3rd most famous Hungarian Writer.  Her biography has been translated into 37 different languages.

Ágota Kristóf (Hungarian: Kristóf Ágota; 30 October 1935 – 27 July 2011) was a Hungarian writer who lived in Switzerland and wrote in French. Kristof received the European prize for French literature for The Notebook (1986). She won the 2001 Gottfried Keller Award in Switzerland and the Austrian State Prize for European Literature in 2008. 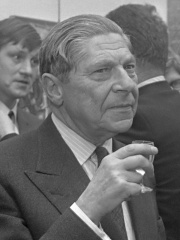 With an HPI of 73.99, Arthur Koestler is the 4th most famous Hungarian Writer.  His biography has been translated into 49 different languages.

Arthur Koestler, (UK: , US: ; German: [ˈkœstlɐ]; Hungarian: Kösztler Artúr; 5 September 1905 – 1 March 1983) was a Hungarian British Jewish author and journalist. Koestler was born in Budapest and, apart from his early school years, was educated in Austria. In 1931, Koestler joined the Communist Party of Germany, but he resigned in 1938 because Stalinism disillusioned him. Having moved to Britain, in 1940 he published his novel Darkness at Noon, an anti-totalitarian work that gained him international fame. Over the next 43 years, Koestler espoused many political causes and wrote novels, memoirs, biographies, and numerous essays. In 1949, Koestler began secretly working with a British Cold War anti-communist propaganda department known as the Information Research Department (IRD), which would republish and distribute many of his works, and also fund his activities. In 1968, he was awarded the Sonning Prize "for [his] outstanding contribution to European culture". In 1972 he was made a Commander of the Order of the British Empire (CBE). In 1976, he was diagnosed with Parkinson's disease and in 1979 with terminal leukaemia. In 1983, he and his wife Cynthia committed suicide together at their home in London. 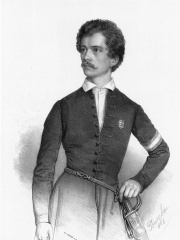 With an HPI of 73.68, Sándor Petőfi is the 5th most famous Hungarian Writer.  His biography has been translated into 60 different languages.

Sándor Petőfi (Hungarian: [ˈʃaːndor ˈpɛtøːfi] [listen ]; né Petrovics; Slovak: Alexander Petrovič; Serbian: Александар Петровић; 1 January 1823 – most likely 31 July 1849) was a Hungarian poet and liberal revolutionary. He is considered Hungary's national poet, and was one of the key figures of the Hungarian Revolution of 1848. He is the author of the Nemzeti dal (National Song), which is said to have inspired the revolution in the Kingdom of Hungary that grew into a war for independence from the Austrian Empire. It is most likely that he died in the Battle of Segesvár, one of the last battles of the war. 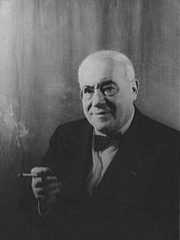 With an HPI of 72.22, Ferenc Molnár is the 6th most famous Hungarian Writer.  His biography has been translated into 35 different languages.

Ferenc Molnár (US: FERR-ents MOHL-nar, -⁠ənts -⁠, -⁠ MAWL-, Hungarian: [ˈfɛrɛnt͡s ˈmolnaːr]; born Ferenc Neumann; 12 January 1878 – 1 April 1952), often anglicized as Franz Molnar, was a Hungarian-born author, stage-director, dramatist, and poet, widely regarded as Hungary’s most celebrated and controversial playwright. His primary aim through his writing was to entertain by transforming his personal experiences into literary works of art. He was never connected to any one literary movement but he did utilize the precepts of naturalism, Neo-Romanticism, Expressionism, and the Freudian psychoanalytical concepts, but only as long as they suited his desires. “By fusing the realistic narrative and stage tradition of Hungary with Western influences into a cosmopolitan amalgam, Molnár emerged as a versatile artist whose style was uniquely his own.”As a novelist, Molnár may best be remembered for The Paul Street Boys, the story of two rival gangs of youths in Budapest. It has been translated into fourteen languages and adapted for the stage and film. It has been considered a masterpiece by many. It was, however, as a playwright that he made his greatest contribution and how he is best known internationally. "In his graceful, whimsical, sophisticated drawing-room comedies, he provided a felicitous synthesis of naturalism and fantasy, realism and romanticism, cynicism and sentimentality, the profane and the sublime." Out of his many plays, The Devil, Liliom, The Swan, The Guardsman and The Play's the Thing endure as classics. He was influenced by the likes of Oscar Wilde, George Bernard Shaw, and Gerhart Hauptmann. He immigrated to the United States to escape persecution of Hungarian Jews during World War II and later adopted American citizenship. Molnár’s plays continue to be relevant and are performed all over the world. His national and international fame has inspired many Hungarian playwrights including Elemér Boross, László Fodor, Lajos Bíró, László Bús-Fekete, Ernő Vajda, Attila Orbók, and Imre Földes, among others. 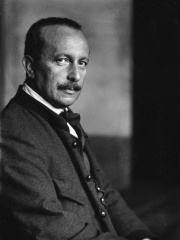 With an HPI of 71.54, Felix Salten is the 7th most famous Hungarian Writer.  His biography has been translated into 40 different languages. 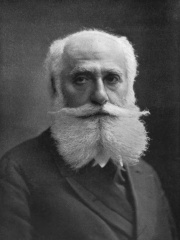 With an HPI of 69.72, Max Nordau is the 8th most famous Hungarian Writer.  His biography has been translated into 26 different languages.

Max Simon Nordau (born Simon Maximilian Südfeld; July 29, 1849 – January 23, 1923) was a Zionist leader, physician, author, and social critic.He was a co-founder of the Zionist Organization together with Theodor Herzl, and president or vice president of several Zionist congresses. As a social critic, he wrote The Conventional Lies of Our Civilisation (1883), Degeneration (1892), and Paradoxes (1896). Although not his most popular or successful work whilst alive, Degeneration is the book most often remembered and cited today. 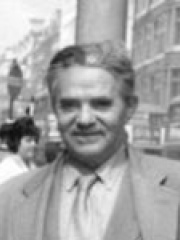 With an HPI of 69.59, Tivadar Soros is the 9th most famous Hungarian Writer.  Her biography has been translated into 16 different languages.

Tivadar Soros (Esperanto: Teodoro Ŝvarc; born Theodor Schwartz; 7 April 1893 – 22 February 1968) was a Hungarian lawyer, author and editor. He is best known for being the father of billionaire George Soros, and engineer Paul Soros. He was born into an Orthodox Jewish family in Nyírbakta, Hungary, near the border with Ukraine. His father had a general store and sold farm equipment. When Tivadar was eight, his father moved the family to Nyiregyhaza, the regional center in Northeastern, Hungary, providing a somewhat less isolated life experience.He first met his wife Erzebet when she was eleven years old during a visit to the home of her father Mor Scucz, a cousin of his own father.He studied law at the University at Cluj, in what was then Hungarian Transylvania.Soros fought in World War I and spent years in a prison camp in Siberia before escaping. He founded the Esperanto literary magazine Literatura Mondo (Literary World) in 1922 and edited it until 1924. He wrote the short novel Modernaj Robinzonoj (Modern Robinsons) (1923), republished in 1999 by Bero (an Esperanto publisher) afterwards translated into several languages and Maskerado ĉirkaŭ la morto (Masquerade (dance) around death), published 1965, an autobiographical novel about his experience during the Nazi occupation of Budapest, Hungary. Maskerado has been translated into English, French, Hungarian, Italian, Russian, German and Turkish. He died in New York in 1968. 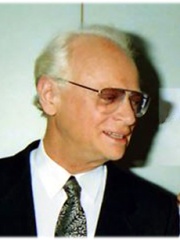 With an HPI of 69.40, Ephraim Kishon is the 10th most famous Hungarian Writer.  His biography has been translated into 30 different languages.

Ephraim Kishon (Hebrew: אפרים קישון‎: August 23, 1924 – January 29, 2005) was an Israeli author, dramatist, screenwriter, and Oscar-nominated film director. He was one of the most widely read contemporary satirists in the world.

Pantheon has 62 people classified as writers born between 1434 and 1980. Of these 62, 6 (9.68%) of them are still alive today. The most famous living writers include Péter Nádas, László Krasznahorkai, and László Polgár. The most famous deceased writers include Theodor Herzl, Imre Kertész, and Ágota Kristóf. As of October 2020, 10 new writers have been added to Pantheon including George Mikes, Mihály Csokonai, and Károly Kisfaludy.