This page contains a list of the greatest Norwegian Explorers. The pantheon dataset contains 405 Explorers, 22 of which were born in Norway. This makes Norway the birth place of the 8th most number of Explorers behind Portugal and Germany. 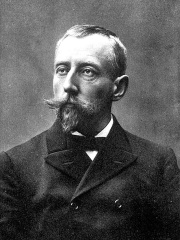 With an HPI of 86.13, Roald Amundsen is the most famous Norwegian Explorer.  His biography has been translated into 145 different languages on wikipedia.

Roald Engelbregt Gravning Amundsen (UK: , US: ; Norwegian: [ˈruːɑɫ ˈɑmʉnsən] (listen); 16 July 1872 – c. 18 June 1928) was a Norwegian explorer of polar regions. He was a key figure of the period known as the Heroic Age of Antarctic Exploration. Born in Borge, Østfold, Norway, Amundsen began his career as a polar explorer as first mate on Adrien de Gerlache's Belgian Antarctic Expedition of 1897–1899. From 1903 to 1906, he led the first expedition to successfully traverse the Northwest Passage on the sloop Gjøa. In 1909, Amundsen began planning for a South Pole expedition. He left Norway in June 1910 on the ship Fram and reached Antarctica in January 1911. His party established a camp at the Bay of Whales and a series of supply depots on the Barrier (now known as the Ross Ice Shelf) before setting out for the pole in October. The party of five, led by Amundsen, became the first to successfully reach the South Pole on 14 December 1911. Following a failed attempt in 1918 to reach the North Pole by traversing the Northeast Passage on the ship Maud, Amundsen began planning for an aerial expedition instead. On 12 May 1926, Amundsen and 15 other men in the airship Norge became the first explorers verified to have reached the North Pole. Amundsen disappeared in June 1928 while flying on a rescue mission for the airship Italia in the Arctic. The search for his remains, which have not been found, was called off in September of that year. 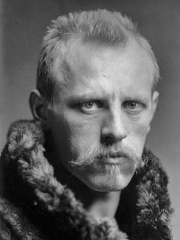 With an HPI of 81.43, Fridtjof Nansen is the 2nd most famous Norwegian Explorer.  His biography has been translated into 82 different languages.

Fridtjof Wedel-Jarlsberg Nansen (Norwegian: [ˈfrɪ̂tːjɔf ˈnɑ̀nsn̩]; 10 October 1861 – 13 May 1930) was a Norwegian polymath and Nobel Peace Prize laureate. He gained prominence at various points in his life as an explorer, scientist, diplomat and humanitarian. He led the team that made the first crossing of the Greenland interior in 1888, traversing the island on cross-country skis. He won international fame after reaching a record northern latitude of 86°14′ during his Fram expedition of 1893—1896. Although he retired from exploration after his return to Norway, his techniques of polar travel and his innovations in equipment and clothing influenced a generation of subsequent Arctic and Antarctic expeditions. Nansen studied zoology at the Royal Frederick University in Christiania and later worked as a curator at the University Museum of Bergen where his research on the central nervous system of lower marine creatures earned him a doctorate and helped establish neuron doctrine. Later, neuroscientist Santiago Ramón y Cajal won the 1906 Nobel Prize in Medicine for his research on the same subject. After 1896 his main scientific interest switched to oceanography; in the course of his research he made many scientific cruises, mainly in the North Atlantic, and contributed to the development of modern oceanographic equipment. As one of his country's leading citizens, in 1905 Nansen spoke out for the ending of Norway's union with Sweden, and was instrumental in persuading Prince Carl of Denmark to accept the throne of the newly independent Norway. Between 1906 and 1908 he served as the Norwegian representative in London, where he helped negotiate the Integrity Treaty that guaranteed Norway's independent status. In the final decade of his life, Nansen devoted himself primarily to the League of Nations, following his appointment in 1921 as the League's High Commissioner for Refugees. In 1922 he was awarded the Nobel Peace Prize for his work on behalf of the displaced victims of World War I and related conflicts. Among the initiatives he introduced was the "Nansen passport" for stateless persons, a certificate that used to be recognized by more than 50 countries. He worked on behalf of refugees until his sudden death in 1930, after which the League established the Nansen International Office for Refugees to ensure that his work continued. This office received the Nobel Peace Prize in 1938. His name is commemorated in numerous geographical features, particularly in the polar regions. 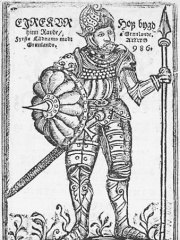 With an HPI of 81.34, Erik the Red is the 3rd most famous Norwegian Explorer.  His biography has been translated into 60 different languages.

Erik Thorvaldsson (c. 950 – c. 1003), known as Erik the Red, was a Norse explorer, described in medieval and Icelandic saga sources as having founded the first settlement in Greenland. He most likely earned the epithet "the Red" due to the color of his hair and beard. According to Icelandic sagas, he was born in the Jæren district of Rogaland, Norway, as the son of Thorvald Asvaldsson. One of Erik's sons was the well-known Icelandic explorer Leif Erikson. 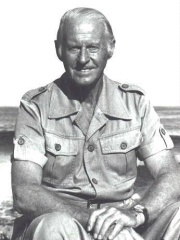 With an HPI of 80.75, Thor Heyerdahl is the 4th most famous Norwegian Explorer.  His biography has been translated into 74 different languages.

Thor Heyerdahl (Norwegian pronunciation: [tuːr ˈhæ̀ɪəɖɑːɫ]; 6 October 1914 – 18 April 2002) was a Norwegian adventurer and ethnographer with a background in zoology, botany and geography. Heyerdahl is notable for his Kon-Tiki expedition in 1947, in which he sailed 8,000 km (5,000 mi) across the Pacific Ocean in a hand-built raft from South America to the Tuamotu Islands. The expedition was designed to demonstrate that ancient people could have made long sea voyages, creating contacts between societies. This was linked to a diffusionist model of cultural development. Heyerdahl made other voyages to demonstrate the possibility of contact between widely separated ancient peoples, notably the Ra II expedition of 1970, when he sailed from the west coast of Africa to Barbados in a papyrus reed boat. He was appointed a government scholar in 1984. He died on 18 April 2002 in Colla Micheri, Liguria, Italy, while visiting close family members. The Norwegian government gave him a state funeral in Oslo Cathedral on 26 April 2002.In May 2011, the Thor Heyerdahl Archives were added to UNESCO's Memory of the World Register. At the time, this list included 238 collections from all over the world. The Heyerdahl Archives span the years 1937 to 2002 and include his photographic collection, diaries, private letters, expedition plans, articles, newspaper clippings, original book, and article manuscripts. The Heyerdahl Archives are administered by the Kon-Tiki Museum and the National Library of Norway in Oslo. 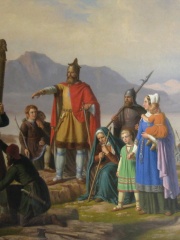 With an HPI of 75.54, Ingólfr Arnarson is the 5th most famous Norwegian Explorer.  His biography has been translated into 43 different languages.

Ingólfr Arnarson, in some sources named Bjǫrnólfsson, (c. 849 – c. 910) is commonly recognized as the first permanent Norse settler of Iceland, together with his wife Hallveig Fróðadóttir and brother Hjörleifr Hróðmarsson. According to tradition, they founded Reykjavík in 874. 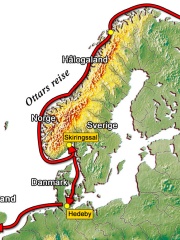 With an HPI of 69.56, Ohthere of Hålogaland is the 6th most famous Norwegian Explorer.  His biography has been translated into 21 different languages.

Ohthere of Hålogaland (Norwegian: Ottar fra Hålogaland) was a Viking Age Norwegian seafarer known only from an account of his travels that he gave to King Alfred (r. 871–99) of the Anglo-Saxon kingdom of Wessex in about 890 AD. His account was incorporated into an Old English adaptation of a Latin historical book written early in the fifth century by Paulus Orosius, called Historiarum Adversum Paganos Libri VII, or Seven Books of History Against the Pagans. The Old English version of this book is believed to have been written in Wessex in King Alfred's lifetime or soon after his death, and the earliest surviving copy is attributed to the same place and time. In his account, Ohthere said that his home was in "Halgoland", or Hålogaland, where he lived "north-most of all Norwegians … [since] no-one [lived] to the north of him". Ohthere spoke of his travels north to the White Sea, and south to Denmark, describing both journeys in some detail. He also spoke of Sweoland (central Sweden), the Sami people (Finnas), and of two peoples called the Cwenas, living in Cwena land to the north of the Swedes, and the Beormas, whom he found living by the White Sea. Ohthere reported that the Beormas spoke a language related to that of the Sami. Ohthere's story is the earliest known written source for the term "Denmark" (dena mearc), and perhaps also for "Norway" (norðweg). Ohthere's home may have been in the vicinity of Tromsø, in southern Troms county, northern Norway. Ohthere was involved in the fur trade. 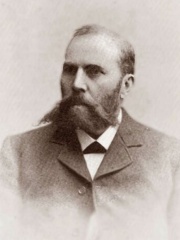 With an HPI of 67.67, Otto Sverdrup is the 7th most famous Norwegian Explorer.  His biography has been translated into 27 different languages.

With an HPI of 67.07, Naddodd is the 8th most famous Norwegian Explorer.  His biography has been translated into 20 different languages.

Naddodd (Old Norse: Naddoðr or Naddaðr, Icelandic: Naddoður, Faroese: Naddoddur) was a Norse Viking who is credited with the discovery of Iceland. 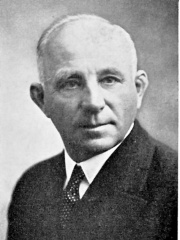 With an HPI of 66.48, Oscar Wisting is the 9th most famous Norwegian Explorer.  His biography has been translated into 23 different languages.

Oscar Adolf Wisting (6 June 1871 – 5 December 1936) was a Norwegian Naval officer and polar explorer. Together with Roald Amundsen he was the first person to reach both the North and South Poles. 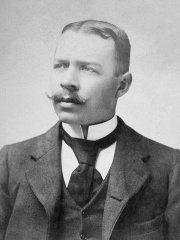 With an HPI of 66.38, Carsten Borchgrevink is the 10th most famous Norwegian Explorer.  His biography has been translated into 27 different languages.

Carsten Egeberg Borchgrevink (1 December 1864 – 21 April 1934) was an Anglo-Norwegian polar explorer and a pioneer of modern Antarctic travel. He was the precursor of Sir Robert Falcon Scott, Sir Ernest Shackleton, Roald Amundsen, and others associated with the Heroic Age of Antarctic Exploration. From 1898 to 1900, he led the British-financed Southern Cross expedition, which established a new Farthest South record at 78° 50'S. Borchgrevink began his exploring career in 1894, by joining a Norwegian whaling expedition, during which he became one of the first persons to set foot on the Antarctic mainland. This achievement helped him to obtain backing for his Southern Cross expedition, which became the first to overwinter on the Antarctic mainland, and the first to visit the Great Ice Barrier since the expedition of Sir James Clark Ross nearly 60 years previously. However, the expedition's successes, including the Farthest South, were received with only moderate interest by the public and by the British geographical establishment, whose attention was by then focused on Scott's upcoming Discovery expedition. Some of Borchgrevink's colleagues were critical of his leadership, and his own accounts of the expedition were regarded as journalistic and unreliable. After the Southern Cross expedition, Borchgrevink was one of three scientists sent to the Caribbean in 1902, by the National Geographic Society, to report on the aftermath of the Mount Pelée eruption. Thereafter he settled in Kristiania, leading a life mainly away from public attention. His pioneering work was subsequently recognised and honoured by several countries, and in 1912, he received a handsome tribute from Roald Amundsen, conqueror of the South Pole. In 1930, the Royal Geographical Society finally acknowledged Borchgrevink's contribution to polar exploration and awarded him its Patron's Medal. The Society acknowledged in its citation that justice had not previously been done to the work of the Southern Cross expedition.

Pantheon has 22 people classified as explorers born between 801 and 1917. Of these 22, none of them are still alive today. The most famous deceased explorers include Roald Amundsen, Fridtjof Nansen, and Erik the Red. As of October 2020, 2 new explorers have been added to Pantheon including Knut Haugland and Kristian Prestrud.

Which Explorers were alive at the same time? This visualization shows the lifespans of the 14 most globally memorable Explorers since 1700.