This page contains a list of the greatest German Biologists. The pantheon dataset contains 841 Biologists, 165 of which were born in Germany. This makes Germany the birth place of the 2nd most number of Biologists.

The following people are considered by Pantheon to be the top 10 most legendary German Biologists of all time. This list of famous German Biologists is sorted by HPI (Historical Popularity Index), a metric that aggregates information on a biography’s online popularity. Visit the rankings page to view the entire list of German Biologists. 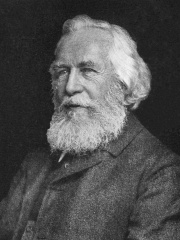 With an HPI of 75.41, Ernst Haeckel is the most famous German Biologist.  His biography has been translated into 82 different languages on wikipedia.

Ernst Heinrich Philipp August Haeckel (German: [ɛʁnst ˈhɛkl̩]; 16 February 1834 – 9 August 1919) was a German zoologist, naturalist, eugenicist, philosopher, physician, professor, marine biologist and artist. He discovered, described and named thousands of new species, mapped a genealogical tree relating all life forms and coined many terms in biology, including ecology, phylum, phylogeny, and Protista. Haeckel promoted and popularised Charles Darwin's work in Germany and developed the influential but no longer widely held recapitulation theory ("ontogeny recapitulates phylogeny") claiming that an individual organism's biological development, or ontogeny, parallels and summarises its species' evolutionary development, or phylogeny. The published artwork of Haeckel includes over 100 detailed, multi-colour illustrations of animals and sea creatures, collected in his Kunstformen der Natur ("Art Forms of Nature"), a book which would go on to influence the Art Nouveau artistic movement. As a philosopher, Ernst Haeckel wrote Die Welträthsel (1895–1899; in English: The Riddle of the Universe, 1901), the genesis for the term "world riddle" (Welträtsel); and Freedom in Science and Teaching to support teaching evolution. Haeckel was also a promoter of scientific racism and embraced the idea of Social Darwinism. 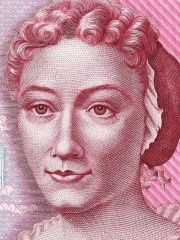 With an HPI of 69.89, Maria Sibylla Merian is the 2nd most famous German Biologist.  Her biography has been translated into 59 different languages.

Maria Sibylla Merian (2 April 1647 – 13 January 1717) was a German naturalist and scientific illustrator. She was one of the earliest European naturalists to observe insects directly. Merian was a descendant of the Frankfurt branch of the Swiss Merian family. Merian received her artistic training from her stepfather, Jacob Marrel, a student of the still life painter Georg Flegel. Merian published her first book of natural illustrations in 1675. She had started to collect insects as an adolescent. At age 13, she raised silkworms. In 1679, Merian published the first volume of a two-volume series on caterpillars; the second volume followed in 1683. Each volume contained 50 plates that she engraved and etched. Merian documented evidence on the process of metamorphosis and the plant hosts of 186 European insect species. Along with the illustrations Merian included descriptions of their life cycles. In 1699, Merian travelled to Dutch Guiana to study and record the tropical insects native to the region. In 1705, she published Metamorphosis Insectorum Surinamensium. Merian's Metamorphosis has been credited with influencing a range of naturalist illustrators. Because of her careful observations and documentation of the metamorphosis of the butterfly, Merian is considered by David Attenborough to be among the more significant contributors to the field of entomology. She discovered many new facts about insect life through her studies. Until her careful, detailed work, it had been thought that insects were "born of mud" by spontaneous generation. 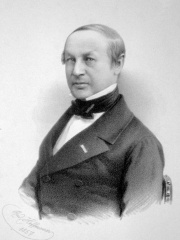 With an HPI of 68.09, Theodor Schwann is the 3rd most famous German Biologist.  His biography has been translated into 50 different languages.

Theodor Schwann (German pronunciation: [ˈteːodoːɐ̯ ˈʃvan]; 7 December 1810 – 11 January 1882) was a German physician and physiologist. His most significant contribution to biology is considered to be the extension of cell theory to animals. Other contributions include the discovery of Schwann cells in the peripheral nervous system, the discovery and study of pepsin, the discovery of the organic nature of yeast, and the invention of the term "metabolism". 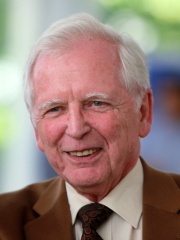 With an HPI of 67.30, Harald zur Hausen is the 4th most famous German Biologist.  His biography has been translated into 61 different languages.

Harald zur Hausen NAS EASA APS (German pronunciation: [ˈhaʁalt tsuːɐ̯ ˈhaʊzn̩] (listen); born 11 March 1936) is a German virologist and professor emeritus. He has done research on cervical cancer and discovered the role of papilloma viruses in cervical cancer, for which he received the Nobel Prize in Physiology or Medicine 2008. 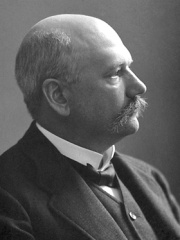 With an HPI of 66.75, Albrecht Kossel is the 5th most famous German Biologist.  His biography has been translated into 60 different languages.

Ludwig Karl Martin Leonhard Albrecht Kossel (German pronunciation: [ˈalbʁɛçt ˈkɔsl̩] (listen); 16 September 1853 – 5 July 1927) was a German biochemist and pioneer in the study of genetics. He was awarded the Nobel Prize for Physiology or Medicine in 1910 for his work in determining the chemical composition of nucleic acids, the genetic substance of biological cells. Kossel isolated and described the five organic compounds that are present in nucleic acid: adenine, cytosine, guanine, thymine, and uracil. These compounds were later shown to be nucleobases, and are key in the formation of DNA and RNA, the genetic material found in all living cells. Kossel was an important influence on and collaborator with other important researchers in biochemistry, including Henry Drysdale Dakin, Friedrich Miescher, Edwin B. Hart, and his professor and mentor, Felix Hoppe-Seyler. Kossel was editor of the Zeitschrift für Physiologische Chemie (Journal of Physiological Chemistry) from 1895 until his death. Kossel also conducted important research into the composition of protein, and his research predicted the discovery of the polypeptide nature of the protein molecule. The Albrecht Kossel Institute for Neuroregeneration at the University of Rostock is named in his honor. 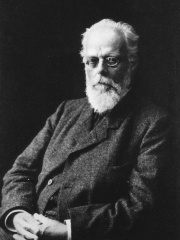 With an HPI of 65.87, August Weismann is the 6th most famous German Biologist.  His biography has been translated into 42 different languages.

August Friedrich Leopold Weismann FRS (For), HonFRSE, LLD (17 January 1834 – 5 November 1914) was a German evolutionary biologist. Fellow German Ernst Mayr ranked him as the second most notable evolutionary theorist of the 19th century, after Charles Darwin. Weismann became the Director of the Zoological Institute and the first Professor of Zoology at Freiburg. His main contribution involved germ plasm theory, at one time also known as Weismannism, according to which inheritance (in a multicellular animal) only takes place by means of the germ cells—the gametes such as egg cells and sperm cells. Other cells of the body—somatic cells—do not function as agents of heredity. The effect is one-way: germ cells produce somatic cells and are not affected by anything the somatic cells learn or therefore any ability an individual acquires during its life. Genetic information cannot pass from soma to germ plasm and on to the next generation. Biologists refer to this concept as the Weismann barrier. This idea, if true, rules out the inheritance of acquired characteristics as proposed by Jean-Baptiste Lamarck. However, a careful reading of Weismann's work over the span of his entire career shows that he had more nuanced views, insisting, like Darwin, that a variable environment was necessary to cause variation in the hereditary material.The idea of the Weismann barrier is central to the modern synthesis of the early 20th century, though scholars do not express it today in the same terms. In Weismann's opinion the largely random process of mutation, which must occur in the gametes (or stem cells that make them) is the only source of change for natural selection to work on. Weismann became one of the first biologists to deny Lamarckism entirely. Weismann's ideas preceded the rediscovery of Gregor Mendel's work, and though Weismann was cagey about accepting Mendelism, younger workers soon made the connection. Weismann is much admired today. Ernst Mayr judged him to be the most important evolutionary thinker between Darwin and the evolutionary synthesis around 1930–1940, and "one of the great biologists of all time". 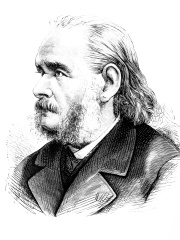 With an HPI of 65.79, Matthias Jakob Schleiden is the 7th most famous German Biologist.  His biography has been translated into 47 different languages. 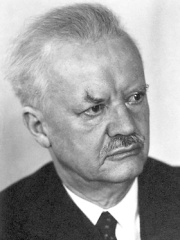 With an HPI of 65.53, Hans Spemann is the 8th most famous German Biologist.  His biography has been translated into 54 different languages.

Hans Spemann (German pronunciation: [ˈhans ˈʃpeːˌman] (listen); 27 June 1869 – 9 September 1941) was a German embryologist who was awarded a Nobel Prize in Physiology or Medicine in 1935 for his student Hilde Mangold's discovery of the effect now known as embryonic induction, an influence, exercised by various parts of the embryo, that directs the development of groups of cells into particular tissues and organs. Spemann added his name as an author to Hilde Mangold's dissertation (although she objected) and won a Nobel Prize for her work. 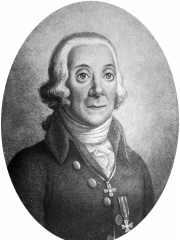 With an HPI of 65.47, Peter Simon Pallas is the 9th most famous German Biologist.  His biography has been translated into 53 different languages. 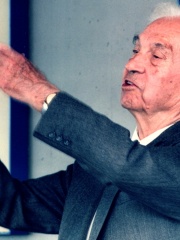 With an HPI of 63.96, Ernst Mayr is the 10th most famous German Biologist.  His biography has been translated into 48 different languages.

Ernst Walter Mayr (; 5 July 1904 – 3 February 2005) was one of the 20th century's leading evolutionary biologists. He was also a renowned taxonomist, tropical explorer, ornithologist, philosopher of biology, and historian of science. His work contributed to the conceptual revolution that led to the modern evolutionary synthesis of Mendelian genetics, systematics, and Darwinian evolution, and to the development of the biological species concept. Although Charles Darwin and others posited that multiple species could evolve from a single common ancestor, the mechanism by which this occurred was not understood, creating the species problem. Ernst Mayr approached the problem with a new definition for species. In his book Systematics and the Origin of Species (1942) he wrote that a species is not just a group of morphologically similar individuals, but a group that can breed only among themselves, excluding all others. When populations within a species become isolated by geography, feeding strategy, mate choice, or other means, they may start to differ from other populations through genetic drift and natural selection, and over time may evolve into new species. The most significant and rapid genetic reorganization occurs in extremely small populations that have been isolated (as on islands). His theory of peripatric speciation (a more precise form of allopatric speciation which he advanced), based on his work on birds, is still considered a leading mode of speciation, and was the theoretical underpinning for the theory of punctuated equilibrium, proposed by Niles Eldredge and Stephen Jay Gould. Mayr is sometimes credited with inventing modern philosophy of biology, particularly the part related to evolutionary biology, which he distinguished from physics due to its introduction of (natural) history into science.

Pantheon has 165 people classified as biologists born between 1488 and 1972. Of these 165, 6 (3.64%) of them are still alive today. The most famous living biologists include Harald zur Hausen, Christiane Nüsslein-Volhard, and Erwin Neher. The most famous deceased biologists include Ernst Haeckel, Maria Sibylla Merian, and Theodor Schwann. As of April 2022, 9 new biologists have been added to Pantheon including Adam Lonicer, Carl Bernhard von Trinius, and Georg Dionysius Ehret.