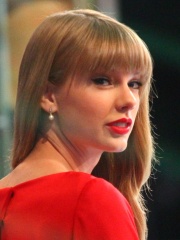 Taylor Alison Swift (born December 13, 1989) is an American singer-songwriter. Her discography spans genres and her narrative songwriting, which is often inspired by her personal life, has received widespread media coverage and critical praise. Born in West Reading, Pennsylvania, Swift relocated to Nashville, Tennessee, at the age of 14 to pursue a career in country music. Read more on Wikipedia

Highsnobiety
Damn, Why Do Y’all Hate Taylor Swift So Much?
If you’ve missed that Taylor Swift released a short film last weekend, where the hell have you been? I’m not expecting the majority of Highsnobiety readers to identify as a Swiftie, but for some reason, you all really seem to hate the woman. We have nothing a…
Tora Northman
Highsnobiety
Adele & Taylor Swift Have Officially Ruined My November
Thanks to Adele and Taylor Swift, Sad Girl Autumn is in full force. Like the queens they are, the two crooners scheduled back-to-back album releases, meaning my November is ruined — if you need me, I’ll be sobbing in my bedroom. On the 12th, Swifties collecti…
Alexandra Pauly
Rolling Stone
Taylor Swift Ushers in Sad Girl Autumn With (Another) New Version of ‘All Too Well’
Singer recorded track at Long Pond Studios with Aaron Dessner of the National and Jonathan Low
Althea Legaspi
The Indian Express
‘You have the right to prove them wrong’: Taylor Swift
"I need you to hear me when I say there is no career path that comes free of negativity," the pop-star said.
Lifestyle Desk