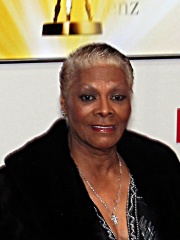 Marie Dionne Warwick (; born December 12, 1940) is an American singer, actress, and television host. Warwick ranks among the 40 biggest U.S. hit makers between 1955 and 1999, based on her chart history on Billboard's Hot 100 pop singles chart. She is the second-most charted female vocalist during the rock era (1955–1999). Read more on Wikipedia

Dionne Warwick is most famous for being a singer, actress, and television personality. She has had a long career in the music industry, having released her first album in 1962. Warwick has won five Grammy Awards, including the Lifetime Achievement Award.