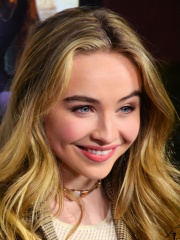 Sabrina Annlynn Carpenter (born May 11, 1999) is an American singer and actress, who is signed to Hollywood Records. After making her acting debut with an appearance in the crime series Law & Order: Special Victims Unit, she starred in a recurring role as the young version of Chloe Goodwin in the television series The Goodwin Games. Carpenter was later cast as Maya Hart in the Disney Channel series Girl Meets World, from 2014 to 2017. Read more on Wikipedia

Since 2007, the English Wikipedia page of Sabrina Carpenter has received more than 6,416,287 page views. Her biography is available in 35 different languages on Wikipedia making her the 4,114th most popular actor.