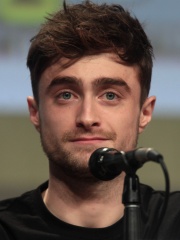 Daniel Jacob Radcliffe (born 23 July 1989) is an English actor. He is best known for his role as Harry Potter in the film series of the same name, and has received numerous awards and nominations. Radcliffe made his acting debut at age 10 in the BBC One television film David Copperfield (1999), followed by his feature film debut in The Tailor of Panama (2001). Read more on Wikipedia

Buzzfeed
Emma Watson Shared Some Insight Into Her Texts With Daniel Radcliffe And Rupert Grint Since The "Harry Potter" Reunion
The Harry Potter cast reminisced about the franchise in a recent HBO Max special.View Entire Post ›
[{"@type":"Person","name":"Emily Mae Czachor","url":"https://www.buzzfeed.com/emilymaeczachor","jobTitle":"BuzzFeed Staff"}]