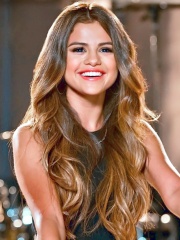 Just Jared
Selena Gomez Reveals What Would Make Her Quit Acting
Selena Gomez is opening up about her future. In a new interview, the 30-year-old Only Murders in the Building actress revealed when she would consider quitting acting, and shared what she hopes to be doing one day soon. Click inside to read more… I hope to be…
Just Jared
Dlisted.com
Selena Gomez Says She’ll Quit Acting When She’s Ready To Get Married And Have Kids
Selena Gomez turned 30 last week, and ya know what that means: her biological clock is ticking louder than Vecna’s demon death countdown on Stranger Things. “Your eggs are drying up, Selena… find a mate, or DIE ALONE!” Page Six reports that on a recent episod…
Emily
Just Jared
Selena Gomez Goes On A Boat Adventure With Producer Andrea Iervolino in Italy
Selena Gomez glows in a bright green look alongside while embarking on a boat in Positano, Italy on Sunday afternoon (August 7). The 30-year-old Only Murders in the Building actress and producer was seen with film producer Andrea Iervolino, who was spotted he…
Just Jared
Independent
‘Real stomachs are coming the f*** back’: Selena Gomez delights fans with body positive TikTok
‘I’m not sucking s*** in,’ the singer added
Emily Atkinson

Among singers, Selena Gomez ranks 368 out of 3,528. Before her are Joe Lynn Turner, Kanye West, Laura Pausini, Sabah, Giuditta Pasta, and Šaban Šaulić. After her are Thalía, LP, Senesino, Selena, Dino Merlin, and Alpha Blondy.