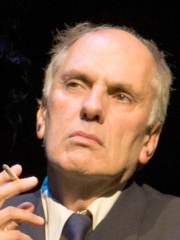 Michael Ivan Cristofer (born January 22, 1945) is an American playwright, filmmaker and actor. He received the Pulitzer Prize for Drama and the Tony Award for Best Play for The Shadow Box in 1977. From 2015 to 2019, he played the role of Phillip Price in the USA Network television series Mr. Read more on Wikipedia

Since 2007, the English Wikipedia page of Michael Cristofer has received more than 403,268 page views. His biography is available in 17 different languages on Wikipedia making him the 4,235th most popular writer.