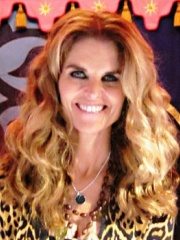 Maria Owings Shriver (born November 6, 1955) is an American journalist, author, former First Lady of California, and the founder of the nonprofit organization The Women's Alzheimer's Movement. She was married to former Governor of California and actor Arnold Schwarzenegger, from whom she filed for divorce in 2011. Shriver has received a Peabody Award and was co-anchor for NBC's Emmy-winning coverage of the 1988 Summer Olympics. Read more on Wikipedia

Since 2007, the English Wikipedia page of Maria Shriver has received more than 8,387,390 page views. Her biography is available in 28 different languages on Wikipedia making her the 2,353rd most popular writer.