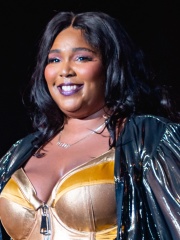 Melissa Viviane Jefferson (born April 27, 1988), known professionally as Lizzo, is an American singer, rapper, songwriter, and flutist. Born in Detroit, Michigan, she later moved to Houston, Texas, where she began performing, before moving to Minneapolis, where she began her recording career in hip hop music. Prior to signing with Nice Life and Atlantic Records, Lizzo released two studio albums—Lizzobangers (2013) and Big Grrrl Small World (2015). Read more on Wikipedia

Since 2007, the English Wikipedia page of Lizzo has received more than 9,242,945 page views. Her biography is available in 31 different languages on Wikipedia. Lizzo is the 949th most popular singer, the 5,343rd most popular biography from United States and the 268th most popular American Singer.

Page views of Lizzos by language