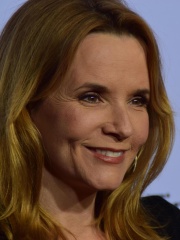 Lea Katherine Thompson (born May 31, 1961) is an American actress, director, and television producer. She is best known for her role as Lorraine Baines in the Back to the Future trilogy and as the title character in the 1990s NBC sitcom Caroline in the City. Other films for which she is known include All the Right Moves (1983), Red Dawn (1984), Howard the Duck (1986), Some Kind of Wonderful (1987), and The Beverly Hillbillies (1993). Read more on Wikipedia

Since 2007, the English Wikipedia page of Lea Thompson has received more than 6,559,026 page views. Her biography is available in 36 different languages on Wikipedia making her the 1,615th most popular actor.