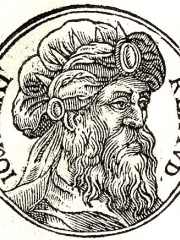 Jehoshaphat (; alternatively spelled Jehosaphat, Josaphat, or Yehoshafat; Hebrew: יְהוֹשָׁפָט‎, Modern: Yəhōšafat, Tiberian: Yŏhōšāp̄āṭ, "Yahweh has judged"; Greek: Ἰωσαφάτ, romanized: Iosafát; Latin: Josaphat), according to 1 Kings 22:41, was the son of Asa, and the fourth king of the Kingdom of Judah, in succession to his father. His children included Jehoram, who succeeded him as king. His mother was Azubah. Read more on Wikipedia

Since 2007, the English Wikipedia page of Jehoshaphat has received more than 919,546 page views. His biography is available in 39 different languages on Wikipedia. Jehoshaphat is the 486th most popular religious figure (down from 439th in 2019), the 2nd most popular biography from Palestine (up from 11th in 2019) and the most popular Religious Figure.

Jehoshaphat was the king of Judah during the time of the prophet Isaiah. He is most famous for his reign and for the reforms he instituted.

Page views of Jehoshaphats by language

Among religious figures, Jehoshaphat ranks 486 out of 2,238. Before him are Michael I Cerularius, Umm Salama, Laban, Rashi, Dorothea of Caesarea, and Pope Soter. After him are Saint Spyridon, Antipope Clement VII, Ansgar, Pope Silverius, Ahmed Yassin, and Korah.

Others Deceased in 849 BC

Among RELIGIOUS FIGURES In Palestine