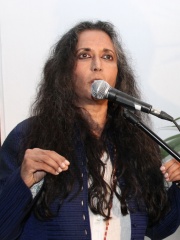 Deepa Mehta, ([d̪iːpa ˈmeːɦt̪a] born 1 January 1950) is an Indo-Canadian film director and screenwriter, best known for her Elements Trilogy, Fire (1996), Earth (1998), and Water (2005). Earth was submitted by India as its official entry for the Academy Award for Best Foreign Language Film, and Water was Canada's official entry for Academy Award for Best Foreign Language Film, making it only the third non-French-language Canadian film submitted in that category after Attila Bertalan's 1990 invented-language film A Bullet to the Head and Zacharias Kunuk's 2001 Inuktitut-language feature Atanarjuat: The Fast Runner. She co-founded Hamilton-Mehta Productions, with her husband, producer David Hamilton in 1996. Read more on Wikipedia