This page contains a list of the greatest Film Directors. The pantheon dataset contains 1,581 Film Directors, 45 of which were born in India. This makes India the birth place of the 8th most number of Film Directors behind Russia and Japan.

The following people are considered by Pantheon to be the top 10 most legendary Film Directors of all time. This list of famous Film Directors is sorted by HPI (Historical Popularity Index), a metric that aggregates information on a biography’s online popularity. Visit the rankings page to view the entire list of Film Directors. 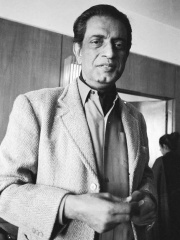 With an HPI of 65.52, Satyajit Ray is the most famous Film Director.  His biography has been translated into 116 different languages on wikipedia.

Satyajit Ray (Bengali pronunciation: [ˈʃotːodʒit ˈrae̯] (listen); 2 May 1921 – 23 April 1992) was an Indian director, screenwriter, documentary filmmaker, author, essayist, lyricist, magazine editor, illustrator, calligrapher, and music composer. One of the greatest auteurs of film-making, Ray is celebrated for works including The Apu Trilogy (1955–1959), The Music Room (1958), The Big City (1963) and Charulata (1964). Ray was born in Calcutta to nonsense rhyme author Sukumar Ray. Starting his career as a commercial artist, Ray was drawn into independent film-making after meeting French filmmaker Jean Renoir and viewing Vittorio De Sica's Italian neorealist film Bicycle Thieves (1948) during a visit to London. Ray directed 36 films, including feature films, documentaries and shorts. Ray's first film, Pather Panchali (1955) won eleven international prizes, including the inaugural Best Human Document award at the 1956 Cannes Film Festival. This film, along with Aparajito (1956) and Apur Sansar (The World of Apu) (1959), form The Apu Trilogy. Ray did the scripting, casting, scoring, and editing, and designed his own credit titles and publicity material. He also authored several short stories and novels, primarily for young children and teenagers. Popular characters created by Ray include Feluda the sleuth, Professor Shonku the scientist, Tarini Khuro the storyteller, and Lalmohan Ganguly the novelist. Ray received many major awards in his career, including 36 Indian National Film Awards, a Golden Lion, a Golden Bear, 2 Silver Bears, many additional awards at international film festivals and ceremonies, and an Academy Honorary Award in 1992. In 1978, he was awarded an honorary degree by Oxford University. The Government of India honoured him with the Bharat Ratna, its highest civilian award, in 1992. 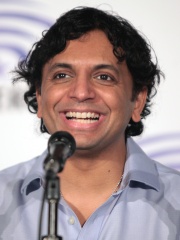 With an HPI of 57.41, M. Night Shyamalan is the 2nd most famous Film Director.  His biography has been translated into 55 different languages.

Manoj Nelliyattu "M. Night" Shyamalan ( SHAH-mə-lahn; born August 6, 1970) is an American filmmaker, screenwriter and actor. He is best known for making original films with contemporary supernatural plots and twist endings. He was born in Mahé, India, and raised in Penn Valley, Pennsylvania. The cumulative gross of his films exceeds $3.3 billion globally.He made his directorial debut in 1992 with the film Praying with Anger. His second film was the comedy-drama Wide Awake (1998). His best-received films include the supernatural thriller The Sixth Sense (1999), the superhero thriller Unbreakable (2000), the science fiction thriller Signs (2002), and the period thriller The Village (2004). For The Sixth Sense, Shyamalan received nominations for the Academy Award for Best Director and the Academy Award for Best Original Screenplay. Afterward, Shyamalan released a series of poorly received but sometimes financially successful films, including the dark fantasy Lady in the Water (2006), the eco-thriller The Happening (2008), The Last Airbender (2010) (an adaptation of the first season of the Nickelodeon animated television series Avatar: The Last Airbender) and the science fiction film After Earth (2013). Following the financial failure of After Earth, Shyamalan's career was revived with the release of the found footage horror film The Visit (2015), the psychological thriller Split (2016) and the superhero thriller Glass (2019). With a total budget of $34 million between them, these three films earned a combined box office of $625 million. Glass is the third and final chapter of his Eastrail 177 trilogy, which commenced in 2000. His latest feature film was the supernatural thriller Old, which was released in 2021 and grossed $90 million on a budget of $18 million.In addition to his directorial work, Shyamalan was story creator and a producer for the horror film Devil (2010). Shyamalan was also called in for an uncredited rewrite for the teen film She's All That (1999) and also served as a writer for the film Stuart Little (1999). He is also one of the executive producers and occasional director of Wayward Pines and the critically acclaimed series Servant, for which he also serves as showrunner.Shyamalan is also known for setting and shooting his films in and around Philadelphia, Pennsylvania, along with nearby Reading, Pennsylvania. Most of his commercially successful films were co-produced and released by Walt Disney Studios' Touchstone and Hollywood Pictures and Universal imprints. In 2008, Shyamalan was honored with the Padma Shri award by the Government of India.Shyamalan was the Jury President of the 72nd Berlin International Film Festival competition section. 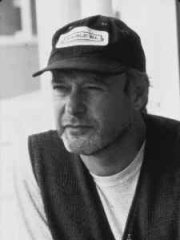 With an HPI of 55.00, Michael Radford is the 3rd most famous Film Director.  His biography has been translated into 24 different languages.

Michael James Radford (born 24 February 1946) is an English film director and screenwriter. He began his career as a documentary director and television comedy writer before transitioning into features in the early 1980s. His best-known credits include the 1984 film adaptation of George Orwell's Nineteen Eighty-Four starring John Hurt and Richard Burton (in his final role), the Shakespeare adaptation The Merchant of Venice, the true crime drama White Mischief, and the 1994 Italian-language comedy drama Il Postino: The Postman, for which he won the BAFTA Awards for Best Direction and Best Film Not in the English Language, and earned Academy Award nominations for Best Director and Best Adapted Screenplay. 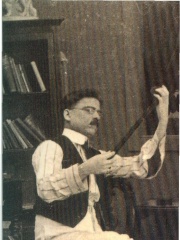 With an HPI of 53.86, Dadasaheb Phalke is the 4th most famous Film Director.  His biography has been translated into 33 different languages.

Dhundiraj Govind Phalke (Pronunciation: [d̪ʱuɳɖiɾaːd͡ʒ pʰaːɭke]), popularly known as Dadasaheb Phalke (Ma-Dadasaheb Phalke.ogg) (30 April 1870 – 16 February 1944), was an Indian producer-director-screenwriter, known as "the Father of Indian cinema". His debut film, Raja Harishchandra, was the first Indian movie released in 1913, and is now known as India's first full-length feature film. He made 95 feature-length films and 27 short films in his career, spanning 19 years, until 1937, including his most noted works: Mohini Bhasmasur (1913), Satyavan Savitri (1914), Lanka Dahan (1917), Shri Krishna Janma (1918) and Kaliya Mardan (1919). The Dadasaheb Phalke Award, awarded for lifetime contribution to cinema by the Government of India, is named in his honour. 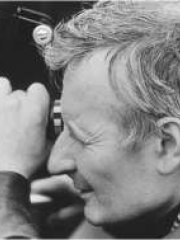 With an HPI of 53.67, Lindsay Anderson is the 5th most famous Film Director.  His biography has been translated into 36 different languages.

Lindsay Gordon Anderson (17 April 1923 – 30 August 1994) was a British feature-film, theatre and documentary director, film critic, and leading-light of the Free Cinema movement and of the British New Wave. He is most widely remembered for his 1968 film if...., which won the Palme d'Or at Cannes Film Festival in 1969 and marked Malcolm McDowell's cinematic debut. He is also notable, though not a professional actor, for playing a minor role in the Academy Award-winning 1981 film Chariots of Fire. McDowell produced a 2007 documentary about his experiences with Anderson, Never Apologize. 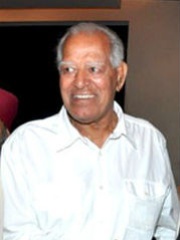 With an HPI of 47.13, Dara Singh is the 6th most famous Film Director.  His biography has been translated into 26 different languages.

Dara Singh Randhawa (born Deedar Singh Randhawa; 19 November 1928 – 12 July 2012) was an Indian professional wrestler, actor, director and politician. He started acting in 1952 and was the first sportsman to be nominated to the Rajya Sabha (upper house) of India. He worked as Hindi and Punjabi film producer, director and writer, and he acted in films and television. He is known for his undefeated worldwide streak in wrestling and later being a successful movie star. He got defeated by Brahmdev Misra of Gorakhpur in Calcutta's Dharmatala. His role of Hanuman in the film Bajrangbali (1976) and in Ramanand Sagar's Ramayan made him popular. Singh was inducted into the Legacy Category of the WWE Hall of Fame Class of 2018. 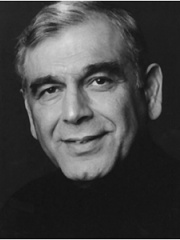 With an HPI of 43.96, Ismail Merchant is the 7th most famous Film Director.  His biography has been translated into 24 different languages. 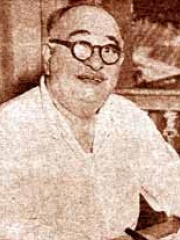 With an HPI of 43.92, Ardeshir Irani is the 8th most famous Film Director.  His biography has been translated into 15 different languages.

Khan Bahadur Ardeshir Irani (5 December 1886 – 14 October 1969) was a writer, director, producer, actor, film distributor, film showman and cinematographer in the silent and sound eras of early Indian cinema. He was the one of the greatest legend of today's Indian Cinema. He was the director of India's first sound film Alam Ara. He was the producer of India's first colour film Kisan Kanya. He was renowned for making films in Hindi, Telugu, English, German, Indonesian, Persian, Urdu and Tamil. He was a successful entrepreneur who owned film theatres, a gramophone agency, and a car agency. 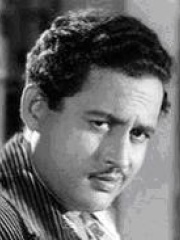 With an HPI of 43.77, Guru Dutt is the 9th most famous Film Director.  His biography has been translated into 35 different languages.

Vasanth Kumar Shivashankar Padukone (9 July 1925 – 10 October 1964), better known as Guru Dutt, was an Indian film director, producer, actor, choreographer, and writer. He was included among CNN's "Top 25 Asian Actors" in 2012.Dutt was lauded for his artistry, notably his usage of close-up shots, lighting, and depictions of melancholia. He directed a total of 8 Hindi films, several of which have gained a cult following internationally. This includes Pyaasa (1957), which made its way onto Time magazine's 100 Greatest Movies list, as well as Kaagaz Ke Phool (1959), Chaudhvin Ka Chand (1960), and Sahib Bibi Aur Ghulam (1962), all of which are frequently listed among the greatest films in Hindi cinema. 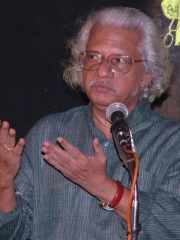 With an HPI of 43.63, Adoor Gopalakrishnan is the 10th most famous Film Director.  His biography has been translated into 23 different languages.

Adoor Gopalakrishnan (born 3 July 1941) is an Indian film director, script writer, and producer and is regarded as one of the most notable and renowned filmmakers in India. With the release of his first feature film Swayamvaram (1972), Gopalakrishnan pioneered the new wave in Malayalam cinema during the 1970s. In a career spanning over five decades, Gopalakrishnan has made only 12 feature films to date. His films are made in the Malayalam language and often depict the society and culture of his native state Kerala. Nearly all of his films premiered at Venice, Cannes and Toronto International Film Festival. Along with Satyajit Ray and Mrinal Sen, Gopalakrishnan is one of the most recognized Indian film directors in world cinema.For his films, Gopalakrishnan has won the National Film Award 16 times, next only to Ray and Sen. He also won the Kerala State Film Awards 17 times. He was awarded the State honours Padma Shri in 1984 and the Padma Vibhushan in 2006. He received the Dadasaheb Phalke Award in 2004 for his valuable contributions to Indian cinema. In 2016, he was awarded the J. C. Daniel Award, Kerala government's highest honour for contributions to Malayalam cinema. The University of Wisconsin-Milwaukee have established an archive and research center, the Adoor Gopalakrishnan Film Archive and Research Center, at their Peck School of Arts where research students will have access to 35 mm prints of the eleven feature films and several documentaries made by Gopalakrishnan.

Which Film Directors were alive at the same time? This visualization shows the lifespans of the 19 most globally memorable Film Directors since 1700.