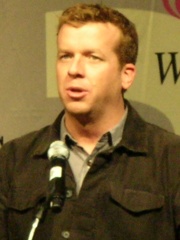 Joseph McGinty Nichol (born August 9, 1968), known professionally as McG, is an American director, producer, and former record producer. He began his career in the music industry, directing music videos and producing various albums. He later rose to prominence with his first cinema film, Charlie's Angels (2000), which had the highest-grossing opening weekend for a directorial debut at the time. Read more on Wikipedia

Since 2007, the English Wikipedia page of McG has received more than 1,984,772 page views. His biography is available in 23 different languages on Wikipedia making him the 1,119th most popular film director.

Page views of McGS by language