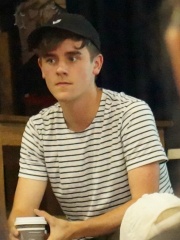 Connor Joel Franta (born September 12, 1992) is an American YouTuber, entrepreneur, entertainer, writer, and award-winning photographer.As of April 2021, his eponymous main channel on YouTube has over 5.05 million subscribers. Franta was formerly a member of YouTube group Our Second Life (stylized Our2ndLife and O2L) under the Fullscreen Network, but is now an independent member of the Big Frame network, managed by Andrew Graham.Franta has recently become involved in various entrepreneurial enterprises, including a clothing line, music curation, as well as a coffee and lifestyle brand named Common Culture. His debut book, a memoir titled A Work in Progress, was released on April 21, 2015. Read more on Wikipedia