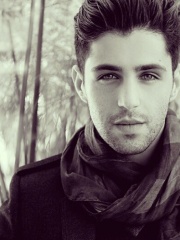 Joshua Michael Peck (born November 10, 1986) is an American actor, voice actor, comedian, and YouTube personality. Peck began his career as a child actor in the late 1990s and early 2000s, and had an early role on The Amanda Show from 2000 to 2002. Peck rose to prominence for the role of Josh Nichols alongside Drake Bell's character in the Nickelodeon sitcom Drake & Josh from 2004 to 2007, and in its two television films in 2006 and 2008. Read more on Wikipedia

Since 2007, the English Wikipedia page of Josh Peck has received more than 5,388,123 page views. His biography is available in 32 different languages on Wikipedia making him the 6,604th most popular actor.