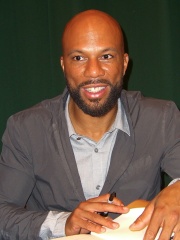 Lonnie Rashid Lynn Jr. (born March 13, 1972), better known by his stage name Common (formerly Common Sense), is an American rapper, actor and writer. Common debuted in 1992 with the album Can I Borrow a Dollar?, gained critical acclaim with his 1994 album Resurrection, and maintained an underground following into the late 1990s, after which he gained mainstream success through his work with the Soulquarians.Common's first major-label album Like Water for Chocolate (2000) received commercial success. Read more on Wikipedia

Since 2007, the English Wikipedia page of Common has received more than 341,483 page views. His biography is available in 26 different languages on Wikipedia making him the 4,562nd most popular actor.

Page views of Commons by language