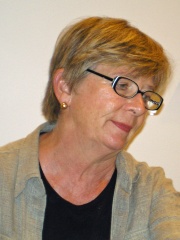 Barbara Ehrenreich (; born August 26, 1941) is an American author and political activist who describes herself as "a myth buster by trade" and has been called "a veteran muckraker" by The New Yorker. During the 1980s and early 1990s she was a prominent figure in the Democratic Socialists of America. She is a widely read and award-winning columnist and essayist, and author of 21 books. Read more on Wikipedia

Since 2007, the English Wikipedia page of Barbara Ehrenreich has received more than 445,844 page views. Her biography is available in 15 different languages on Wikipedia making her the 4,376th most popular writer.